Abhishek Bachchan and Aishwarya Rai have worked together in films like Dhai Akshar Prem Ke and Kuch Naa Kaho and Dhoom 2. They married in a private ceremony at the Bachchan residence Prateeksha 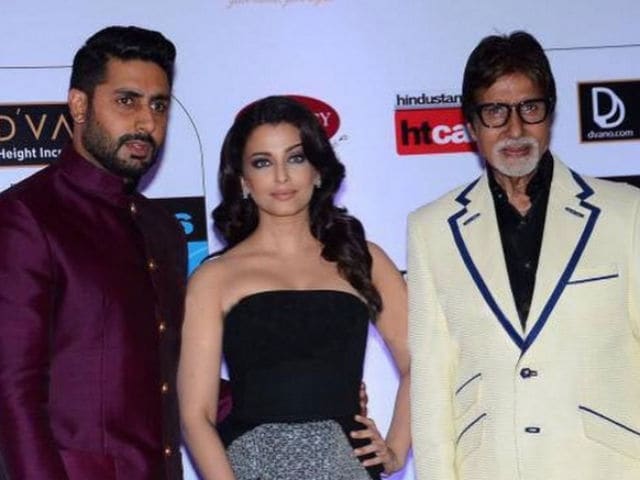 Actor Amitabh Bachchan wished his son Abhishek and daughter-in-law Aishwarya Rai on their ninth wedding anniversary on April 20. Big B said that the day was filled with "joy and happiness."
"As tomorrow dawns, the wedding bells ring of 9 years of togetherness, for Aishwarya and Abhishek. A day filled with the joy and happiness that not just conforms to the two that bind themselves in matrimony but for us elders too, a coming together of families, of affection and oneness," wrote Big B on his blog.
"This bond remains with us throughout. It then flourishes into the next generation that comes along and the next and the next and the next. Life is perpetual. It is ongoing and infinite as must life be," added Big B.
Abhishek, 40, and Aishwarya, 42, have worked together in films like Dhai Akshar Prem Ke and Kuch Naa Kaho and Dhoom 2. They married in a private ceremony at the Bachchan residence Prateeksha.
Abhishek and Aishwarya's daughter Aaradhya was born in 2012.
Abhishek is currently busy filming Housefull 3 while Aishwarya took a sabbatical after Aaradhya was born and made a comeback after five years with Sanjay Gupta's Jazbaa, which released last year. She will soon be seen in Omung Kumar's Sarbjit and Karan Johar's Ae Dil Hai Mushkil. (Also Read: Aishwarya, Abhishek, We'll Never Tire of Looking at Your Wedding Pics)