Superstar Amitabh Bachchan completed 48 years in the Hindi film industry on Thursday. In his blog, he wrote, "There is an avalanche of events related to this date.. yes that is nineteen sixty nine .. I became an official entrant to the film industry" 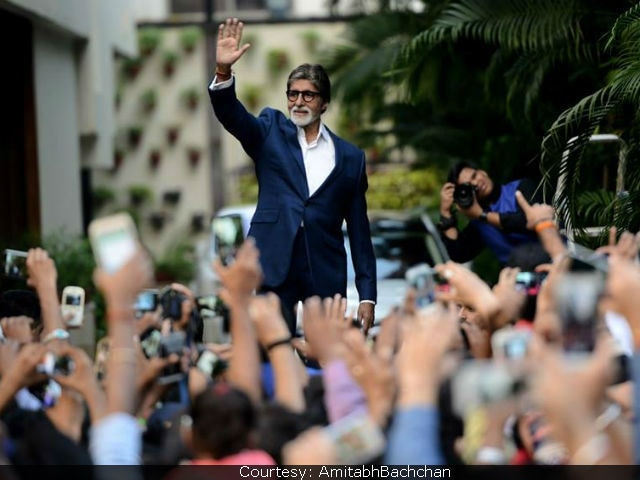 Amitabh Bachchan is the superstar of Bollywood superstars (Courtesy: AmitabhBachchan)

Amitabh Bachchan, India's uber celeb, completed 48 years in Bollywood on Wednesday. In his blog, the 74-year-old actor shared a series of nostalgic pictures to mark the milestone. He wrote, "There is an avalanche of events related to this date the 15th of February.. for on this date in the year of the Lord 1969. Yes, that is nineteen sixty nine - I became an official entrant to the film industry, by signing my very first film, Saat Hindustani." He also shared some black and white pictures from the sets of the film and one with the then Information and Broadcasting Minister I K Gujral at the premiere of the film. Saat Hindustani, in which Amitabh Bachchan played a poet involved in Goa's freedom struggle, won a National Award but it wasn't till the films Zanjeer and Deewar released in the 70s that the actor became a star.
Mr Bachchan also celebrated 44 years of his film Bandhe Haath, 27 years of Agneepath and 10 years of Eklavya. All these three films released on February 16. He wrote: "It is also the date for 3 other films."
"So many tales connected with those films and their making, would take a lifetime to narrate them," concluded Mr Bachchan.
Just a couple of days ago, Amitabh Bachchan shared details of his Valentine's Day celebrations with his five-year-old granddaughter, Aaradhya Bachchan.
Mr Bachchan, who was last seen in acclaimed 2016 film Pink, is now working on Ram Gopal Varma's Sarkar 3. Pink earned him the Star Screen Best Actor Award for his performance as a lawyer who came out of retirement to help three young women accused of assault by the men who attempted to molest them. Amitabh Bachchan will also feature in Thugs Of Hindostan, co-starring Aamir Khan.