Amitabh Bachchan's Dialogues in Pink Are 'Harsh and Embarrassing'

"My lines are going to be supportive of the legal arguments of the legal track. When you see the film, perhaps you will feel it is just right. I thought it was just important to say. The lines are harsh, they are embarrassing," said Amitabh Bachchan 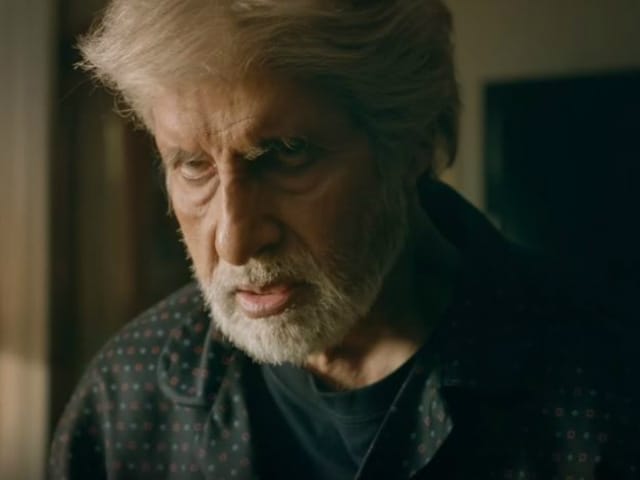 Actor Amitabh Bachchan unveiled a thrilling and gritty trailer of his new film Pink in Mumbai on Tuesday, with producer Shoojit Sircar clarifying that the movie is not inspired by the 2012 Nirbhaya case of Delhi.
The film's trailer suggests a legal fight with hints that it may have something to do with the Nirbhaya case.
But denying this, Mr Sircar said: "No, it's not an inspiration. But the Nirbhaya is really a scar in our heart, in our mind and in our legal system. Yes, we went through that case, we went through compartments of that case. But Pink is not inspired by Nirbhaya case and you will all relate to it somewhere."
Directed by Aniruddha Roy Chowdhary, Pink is a thriller set in Delhi which will see Amitabh in the role of a lawyer. As part of his role, he has delivered some harsh dialogues.
"My lines are going to be supportive of the legal arguments of the legal track. When you see the film, perhaps you will feel it is just right. I thought it was just important to say. The lines are harsh, they are embarrassing. There are objections that are raised by the judge and opposition, but eventually the kind of language that is used is taken in order to justify the event," said Big B.
Big B said the research for the character was majorly done by the film's writer and Mr Sircar.
"I have actually never been inside the court. Thankfully, I never had to. During the time of the Bofors allegation, I entered a court in London to defend myself. That's the only time I have seen the court.
"I really went by whatever research was done and told to us by the writer and Shoojit," said Mr Bachchan.
Pink also stars Taapsee Pannu in a key role.