Amitabh Bachchan's Fans Urge Him to Not Promote Mulayam Biopic 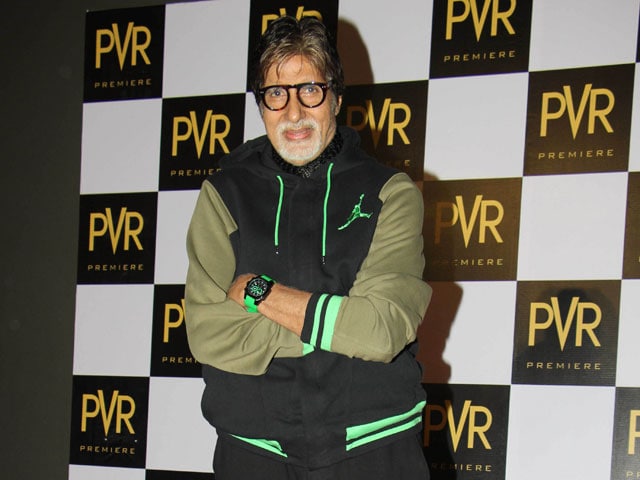 Amitabh Bachchan photographed at an event.

Thousands have signed a petition hosted on website Change.org asking Big B to boycott the film Netaji - Mulayam Singh Yadav, which focuses on the life of the wrestler-turned-politician

Fans of megastar Amitabh Bachchan have urged him not to promote the upcoming biopic of Samajwadi Party chief Mulayam Singh Yadav because of the latter's remarks on rape survivors.
Thousands have signed a petition hosted on website Change.org asking Big B to boycott the film Netaji - Mulayam Singh Yadav, which focuses on the life of the wrestler-turned-politician.
The petition, started by Delhi-based Meetali Dadwal, has gone viral with over 15,000 people signing it in less than a day.
"Amitabh Bachchan promoting the film Netaji is giving validation to the deeply sexist comments by Mulayam Singh Yadav and his misogynistic ideology about women," said Ms Dadwal in her petition.
The Samajwadi Party supremo reportedly said at a function on August 18: "Often if one person commits rape, four people are named in the complaint. Four people are named for rape, can it be possible? It is not practical."
One critic said: "As politicians, they should make responsible statements and as a celebrity of the stature of Mr Bachchan, he should desist from endorsing such people."
Mr Bachchan, 72, who was born in Allahabad, has reportedly been asked to introduce and promote Netaji - Mulayam Singh Yadav, directed by Vivek Dixit.
Meanwhile, Mr Bacchhan is gearing up for the release of Bejoy Nambiar-directed Wazir which is scheduled to release on December 4. (Also Read: Confirmed. Amitabh Bachchan's Wazir Will Release on This Date)