Pink producer Shoojit Sircar said without a character from the Northeast, the cast comprising Amitabh Bachchan and Taapsee Pannu would have been incomplete 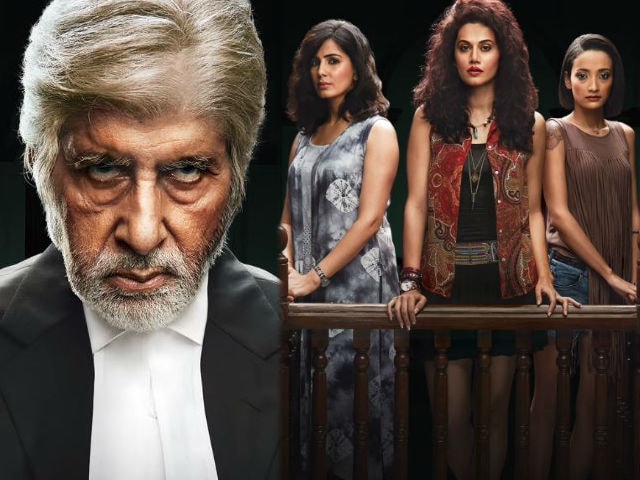 The decision to include Shillong-based musician Andrea Tariang among the lead cast in the film Pink was a deliberate one, says filmmaker Shoojit Sircar, who wanted to make a statement against the discrimination faced by people from Northeast India in other parts of the country.
He said without a character from the region, the cast comprising Amitabh Bachchan and Taapsee Pannu would have been incomplete.
Shoojit, who co-produced the film with Ronnie Lahiri, said: "Ronnie is from Shillong. I grew up in Delhi for most of my life and have a lot of friends from northeast India and I knew how men or women from Northeast are looked upon."
"When we wanted to do the film about three working women, Ronnie and I suggested to the director that without a northeastern character the cast would not be complete. We felt that's a big statement we had to make, for sure, and Pink was the best platform we got," he added.
Andrea plays one of three young women who face assault charges after being molested by a group of men in the Aniruddha Roy Chowdhury-directed Pink. Kirti Kulhari also co-stars.
"Andrea is a musician from Shillong and she has done a brilliant job," Shoojit said.
(Except for the headline, this story has not been edited by NDTV staff and is published from a syndicated feed.)