Amitabh Bachchan's 'Progress' From Piku to Te3N in Kolkata 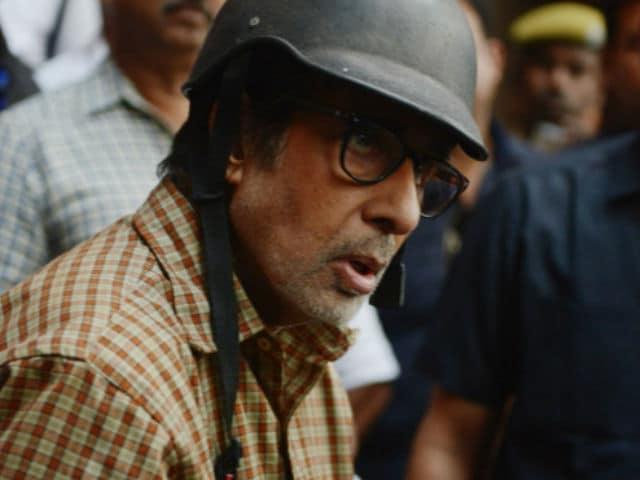 This image was posted on by Amitabh Bachchan on his blog.

Barely a year ago, Amitabh Bachchan was spotted pedaling around in the eastern metropolis, dressed in kurta pyjama and hat for Shoojit Sircar's Piku. On November 28, Big B was back on the road - this time on a scooter for Ribhu Dasgupta's Te3N.
Mr Bachchan, dressed in a brown checked shirt and dark brown trousers, was seen kick-starting a scooter at the historic Writers' Building complex, the permanent seat of the West Bengal government. Wearing a helmet, he rode the scooter for a few seconds for a shot.
Big B shared on Facebook:

A big circle of onlookers gathered at the venue in the central business district as the star listened to his director's instructions carefully prior to the shot. (Also Read: Amitabh Bachchan's City of Joy: Chowringhee to Howrah Bridge Via Shyambazar)
Filmmaker Sujoy Ghosh is the creative producer of TE3N. The film also stars Nawazuddin Siddiqui and Vidya Balan.
In Piku, Big B as the 70-year-old Bhashkor Banerjee had cycled around in north Kolkata.