Amitabh Bachchan's Sarkar 3 Is In Court Over Copyright Tussle

Amitabh Bachchan's Sarkar 3: A film distribution company alleged that they have the copyright of the Sarkar series but the film's producers refute the claims 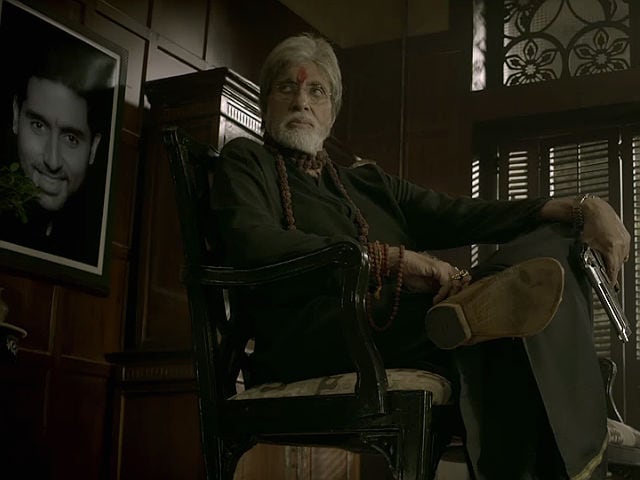 A case was filed against the producers of Amitabh Bachchan's upcoming film Sarkar 3 in the Bombay High Court, reports news agency IANS. Shreyans Hirawat, Executive Head of Narendra Hirawat & Co., reportedly filed a case against the makers of the film, alleging that his company acquired the copyright of the Sarkar franchise in 2008, after the release of Sarkar Raj. Mr Hirawat claims that his company has the distribution rights of the film's prequel, sequel and remake. However, Sarkar 3 co-producers, Alumbra Entertainment & Media Pvt Ltd said that Mr Hirawat's firm has rights only for the remake ofSarkar series.
"We are extremely disappointed with this move from the producers of Sarkar 3. As a cautionary step, we even issued a notice to the makers in October 2016, but they have still failed to obtain permission from us for the release of the movie. We bought all the legal rights of Sarkar franchise years ago and are left with no other option than to approach the high court. Looking at the current situation, we are hopeful that the court will grant injunction and subsequently stop the release of Sarkar 3," Shreyans Hirawat told IANS.
Meanwhile, Alumbra Entertainment & Media Pvt Ltd's spokesperson released a statement saying: "The press release issued by Narendra Hirawat & Co is not only distasteful, represents false facts but also against the law. The matter is currently sub-judice before the Bombay High Court. The press release falsely states that Narendra Hirawat & Co owns the prequel and sequel rights to movie Sarkar along with remake rights. Narendra Hirawat's own case before the Bombay High Court is that they are the assignees of only the remake rights of Sarkar and nothing else."
The spokesperson added that earlier, the Bombay High Court did not grant an "ad-interim relief" to Mr Hirawat's company stating that their firm has rights for a remake and not the sequel.
Sarkar 3 is the third film in the Ram Gopal Varma-directed series. Sarkar, inspired from Hollywood film The Godfather, released in 2005. The second part, Sarkar Raj hit the screens in 2008.
Sarkar 3, features Amitabh Bachchan, Amit Sadh, Yami Gautam, Jackie Shroff and Manoj Bajpayee, is scheduled to release on May 12.
(With IANS inputs)