Amitabh Bachchan's Sarkar 3 Will Now Release On May 12

The release date of superstar Amitabh Bachchan's Sarkar 3 has been postponed by over a month. The Ram Gopal Varma-directed film was earlier supposed to release on April 7 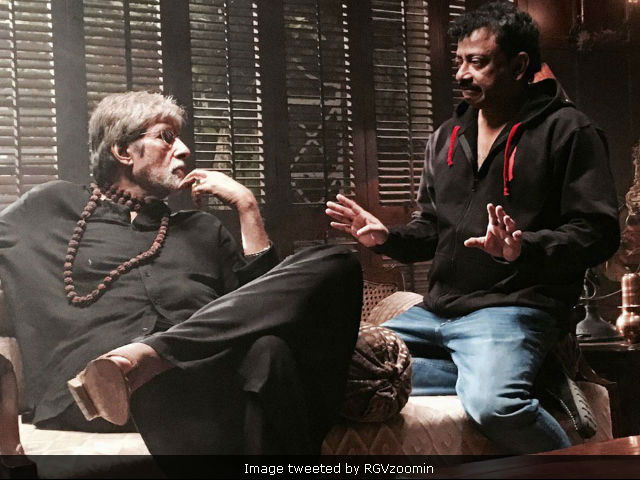 Amitabh Bachchan and Ram Gopal Varma on the sets of Sarkar 3 (Courtesy: RGVzoomin)

The release date of superstar Amitabh Bachchan's upcoming film Sarkar 3 has been postponed by over a month. Eros, the distribution partner of the film, announced the news via a tweet. The Ram Gopal Varma-directed film which was supposed to release on April 7, will now hit the screens on May 12. The release date has been shifted due to delay in the post-production work. Sarkar 3 is the third film in the political thriller Sarkar franchise. It follows 2005's Sarkar and 2008's Sarkar Raj. Amitabh Bachchan reprises his role as the 'angry' Subhash Nagre in the film. Sarkar 3 also stars Yami Gautam, Amit Sadh, Jackie Shroff and Manoj Bajpayee in prominent roles. The trailer of the film released earlier in March, where the 74-year-old superstar is introduced as, "A wounded lion is the most dangerous."


This delay is due to delay in post production work! #Sarkar3

Abhishek Bachchan, who was part of Sarkar and Sarkar Raj will not star in this film. Amit Sadh features as Abhishek's character's son and Big B's grandson. Aishwarya Rai Bachchan, who played Anita Rajan, will not reprise her role in the film.
Watch the 'angrier than ever' Subhash Nagre in Sarkar 3 trailer:


Amitabh Bachchan in and as SARKAR in SARKAR 3 Trailer.... May the POWER be with you... https://t.co/ZuUM8b0lJa

At the trailer launch event of Sarkar 3, Ram Gopal Varma said, "Sarkar series is full of grey characters. There is no hero or villain. Everyone believes in their own conviction and what they stand for. So to describe anyone as positive or negative is not right," director Ram Gopal Varma said at the trailer launch of the film," reported news agency PTI.
Earlier, Sarkar 3 was supposed to hit the theatres in March. However, the release date was later shifted to April and the film was all set to clash Ranbir Kapoor and Katrina Kaif's much-delayed film Jagga Jasoos. Now, Sarkar 3 will clash with Ayushmann Khurrana and Parineeti Chopra's Meri Pyaari Bindu, directed by Akshay Roy. The shooting of the film ended in October and is currently in the post-production stage.