Amitabh Bachchan's Shamitabh Co-Stars Rekha, But They Have No Scenes Together 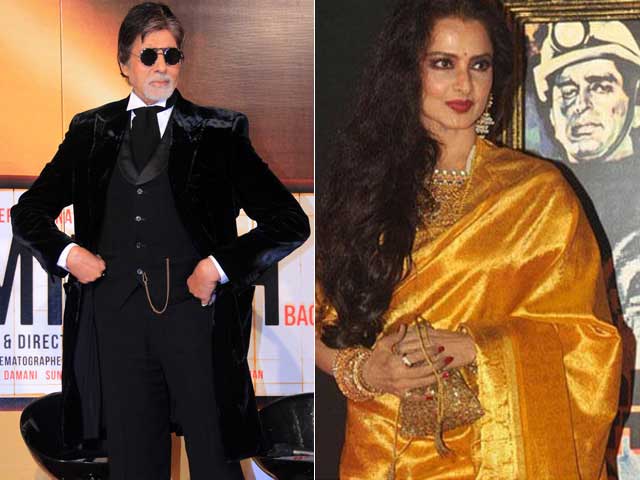 It's always great welcome to have such great luminaries in the film," Big B said during the launch of the film's trailer

Megastar Amitabh Bachchan, who stars with veteran actress Rekha in R Balki's Shamitabh, says they however don't share screen space in the film.

"We don't actually come together, it's part of the sequence and when you see the film, you will understand how it's portrayed. But, yes it's always great welcome to have such great luminaries in the film," he told reporters during the film's trailer launch.

"Balki keeps saying he wants to design a film with us (Big B and Rekha) but let's see if somebody comes with interesting script. Why not," he added.

Shamitabh also features Dhanush and Akshara Haasan among others.

Mr Bachchan says for this film, they have recorded the dialogues first before shooting for the film.

"The entire script of the film was recorded first, all the dialogues I recorded in my voice. When we used to shoot, we used to play the recordings and shoot. There was too much of work and we had worked hard for this film. Balki said do what I say and now after the film was ready, we again did the dubbing. It's a different film for me as I have never done like this before and the credit goes to Balki."