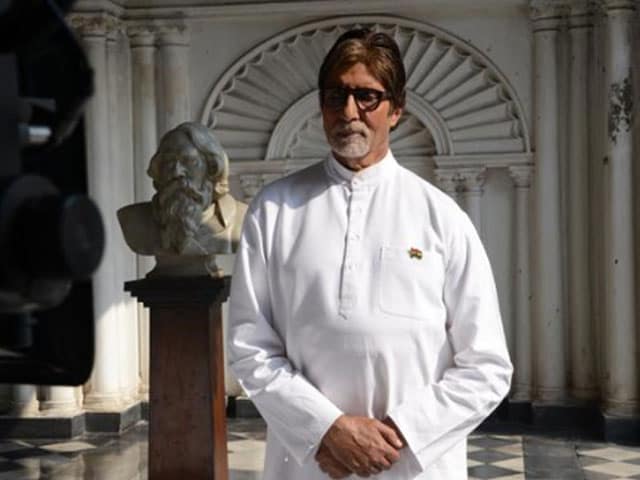 Bollywood star Amitabh Bachchan has tweeted his rendition of the National Anthem, to be played on TV and radio today. In the video of the song, Mr Bachchan's rich baritone echoes around Jorasanko, the ancestral home of Rabnindranath Tagore who wrote Jana Gana Mana.

T 1749 - The National Anthem sung by me at Jorasanko, Thakur Badi, Kolkata, residence of Tagore .. https://t.co/0hpfnW41NY

T 1749 - Let me know what you think of the Anthem .. it is at the ancestral home of Gurudev Rabindra Nath Tagore, who composed and wrote it

This special version of Jana Gana Mana may also find a spot at today's Republic Day parade where US President Barack Obama will be chief guest.

T 1747 - A moment of great pride for me, singing the National Anthem in the courtyard of the home of Rabindra Nath Tagore, who wrote it .. !

Meanwhile, Amitabh Bachchan will receive the Padma Vibhushan this year, as was revealed by the government's list of Padma awards released yesterday.