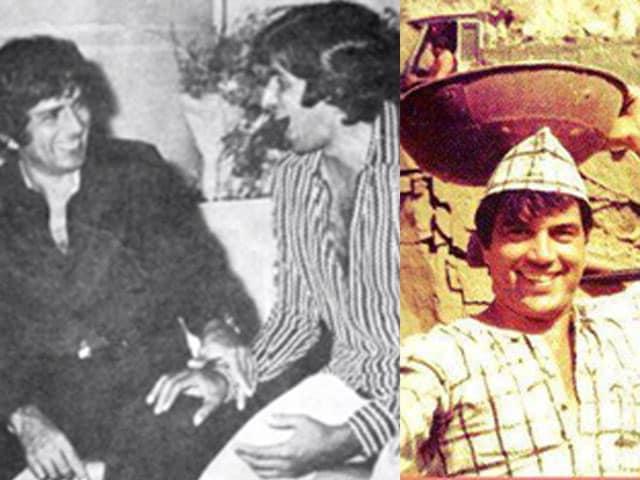 These images were posted on Facebook by Amitabh Bachchan

Actor Amitabh Bachchan spent his weekend excavating, and unearthed a series of memories from his photo archive.

It all began with this post on Facebook, a picture of uncle-nephew Shashi and Rishi Kapoor, both frequent co-stars of Mr Bachchan:

This led to other nostalgic musings. This one, with Sholay co-star Dharmendra:

A photo with Don co-star Zeenat Aman and another on the sets of Yash Chopra's Kabhi Kabhie:

FB 924 - And some more memories .. with Zeenat Aman in DON .. and that heaven of a location ... Kashmir for 'Kabhi Kabhie , sitting and writing poetry ..

And another with Shashi Kapoor, his wife Jennifer and actor Asrani:

FB 925 -Moments with Shashi ji .. during shoots, during off informal days, Jennifer his wife giving me an Award, or me giving her .. ???

Amitabh Bachchan, who is very active on all his social media accounts, has a sum total of 40 million followers across Facebook, Twitter and his blog on tumblr.