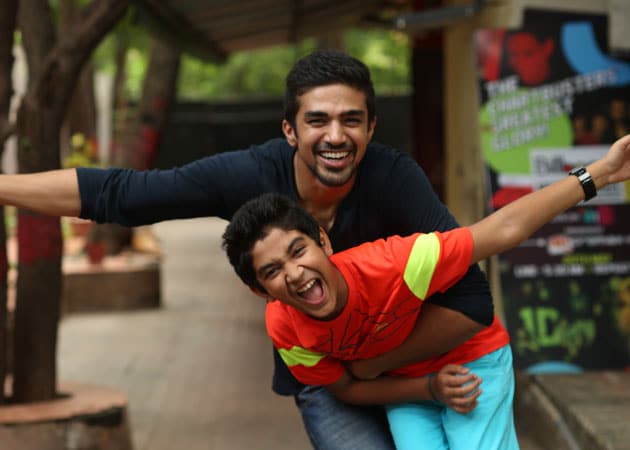 Saqib Saleem will be seen with Amol Gupte?s son Partho in Hawaa Hawaai

Filmmaker Amol Gupte, who is working with Saqib Saleem in his next film Hawaa Hawaai, is impressed with the actor's performance.

Filmmaker Amol Gupte, who is working with Saqib Saleem in his next film Hawaa Hawaai, is impressed with the actor's performance.
"Frankly, I was not prepared for it, but I am proud to have Saqib on board. Whatever little we have shot has left me impressed," Gupte said in a statement.
Saqib plays the prominent character of a skating coach in the film and is getting himself trained for the role.
The actor feels honoured to work with Gupte and says: "Amole and I spent a lot of time together before the shoot so that I could become familiar with his style of filmmaking."
Saqib, who made his Bollywood debut in 2011 with film Mujhse Fraaandship Karoge, has also played lead role in Mere Dad Ki Maruti, made by Y-Films, an arm of Yash Raj Films.
He also worked with filmmaker Karan Johar for his 20-minute film in Bombay Talkies. When asked about his career graph so far, he said: " I am lucky to have had the opportunity to work with path-breaking directors so early in my career.
"I had watched Stanley Ka Dabba and wanted to be a part of Gupte's kind of cinema. As an actor, I am hungry for diverse roles and my sole aim is to learn as much I can from him," he added.
Hawaa Hawaai is slated to release on April 18 next year.