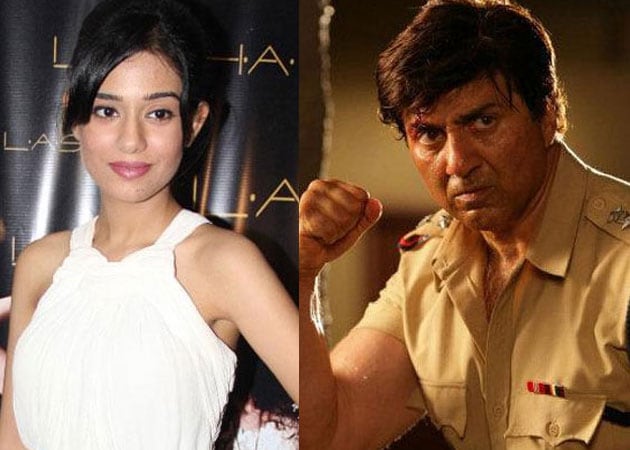 Amrita will be seen opposite Sunny in Singh Sahab The Great.

Actress Amrita Rao says she feels lucky to watch Sunny Deol doing stunts on sets.
The 32-year-old actress will be seen opposite Sunny in the upcoming film Singh Sahab The Great, in which she will be seen playing the role of a reporter.
"It is a bonus to see him doing action....I used to look at his muscles to see the dhai kilo ka haath. His hands do seem heavily muscled (sic).
"And looking at him I did feel like doing some action. I do have some action scenes in the film but they are more of self defence," Amrita said.
The Vivah star said she had to learn the typical eastern UP Hindi to play the character.
"I had to learn the eastern UP accent. I did research for my role. I saw lot of videos to understand the lingo and get into the garb of a reporter," Amrita said.
The film, directed by Anil Sharma, is slated to release on November 22.