An Army of Kapoors at Armaan Jain's Music Launch 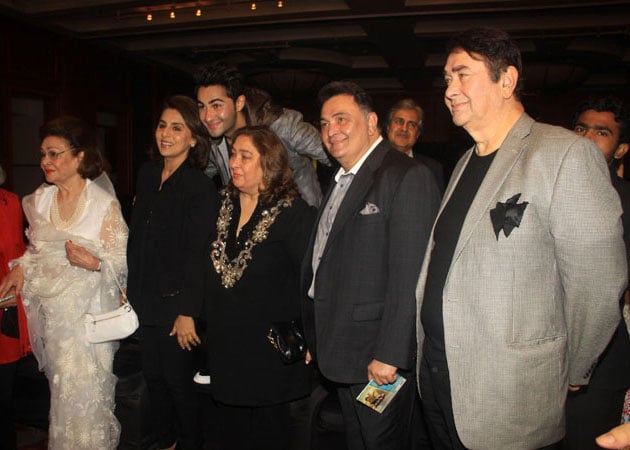 With the Kapoors, khandaan matters. Armaan Jain, a member for the fourth generation of Bollywood's sprawling first family, made a grand public debut amid a congregation of Kapoors.

With the Kapoors, khandaan matters. Armaan Jain, a member for the fourth generation of Bollywood's sprawling first family, made a grand public debut amid a congregation of Kapoors. Armaan is the son of Raj Kapoor's daughter Reema and her husband Manoj Jain. (Pics)
Armaan's grandmother Krishna Raj Kapoor and a clutch of uncles, aunts and cousins attended the launch of the music of Lekar Hum Deewana Dil, in which Armaan makes his debut, in Mumbai last evening. (Also Read: Family Ties: At Armaan Jain's First Day on Set, Kapoors Play Cheerleaders )
The sea of Kapoors included Armaan's cousins Karisma and Kareena, looking very glamorous. The sisters were the first of their generation of Kapoors to become actors. Their cousin Ranbir, who helped Armaan land the role, was shooting for Jagga Jasoos and not present at proceedings. 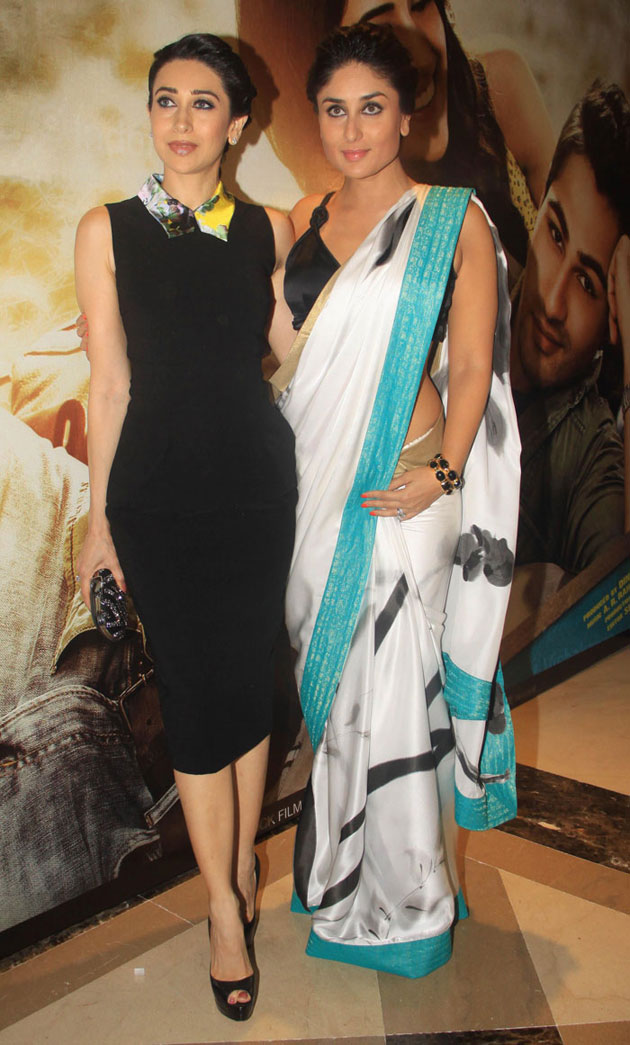 Armaan's uncles Rishi, Randhir and Rajeev Kapoor and his aunt-by-marriage Neetu Singh were among the third generation of Kapoors who were present at the event. Neetu, Rajeev and Randhir had also accompanied him on his first day on the set. The title of the film, Lekar Hum Deewana Dil, has been borrowed from the hit song featuring Neetu Singh from 1973 film Yaadon Ke Baaraat.
The actor kissed his maternal grandmother Krishna Raj Kapoor, elegant in a white sari and pearls and touched his mother Reema Jain's feet while his aunts and uncles smiled indulgently. 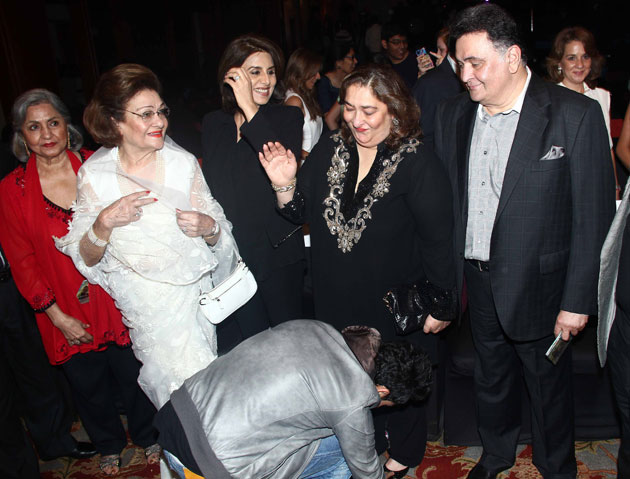 As Armaan and co-star Deeksha Seth performed a dance routine from their film, it was evident that grandfather Raj Kapoor's showman genes had been passed down the generation intact. 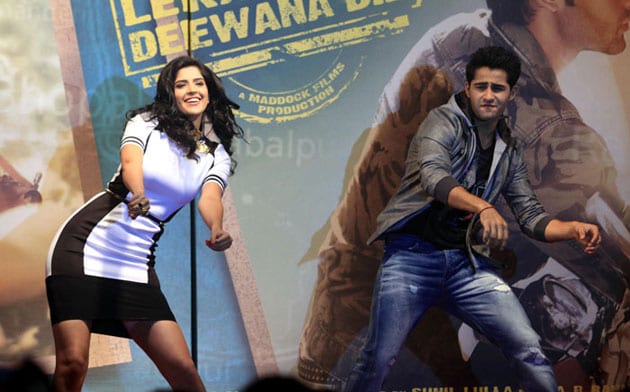 The occasion was also marked by a special performance by the film's composer AR Rahman, who reportedly flew in from Los Angeles specially for the launch. 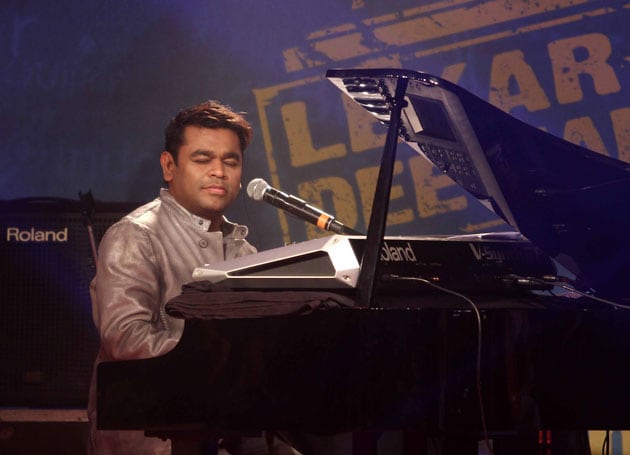