Anaarkali of Aarah Trailer: It takes an interesting turn when a politician, played by veteran actor Sanjay Mishra, misbehaves with Anaarkali 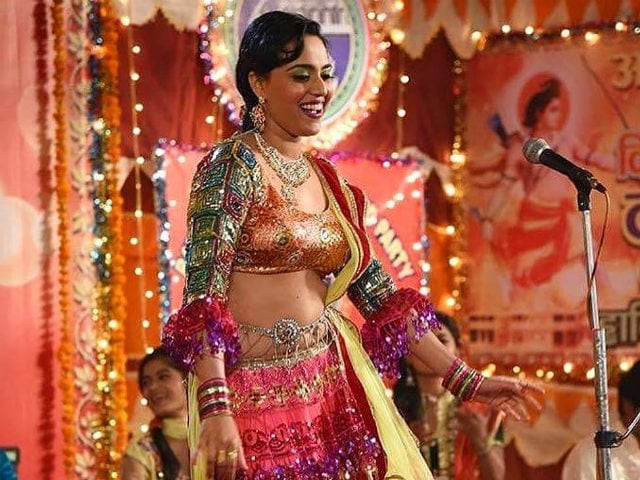 Anaarkali of Aarah Trailer: Swara Bhaskar in a still from the movie

The trailer of Swara Bhaskar's Anaarkali of Aarah released on Thursday evening and is a treat to watch. Swara Bhaskar features as a feisty entertainer from Bihar, who gets into trouble after she manages to offend a powerful politician for no fault of hers. The trailer begins with featuring Anaarkali as an independent and happy-go-lucky dancer-singer, who struggles to make a living. However, the society largely considers her as someone who is also expected to be part of a shady business because of her profession. The trailer takes an interesting turn when a politician, played by veteran actor Sanjay Mishra, misbehaves with her - Anaarkali ends up slapping Sanjay Mishra's character in front of a hall full of audience.
The rest of the trailer of Anaarkali of Aarah features snippets of how Anaarkali is harassed for protesting against being manhandled. She is beaten up, threatened and even forced to flee, leave town and go into hiding. But Anaarkali appears resolute and fights against corruption with unexpected aggression and determination. Giving her company, throughout, is actor Pankaj Tripathi, who plays her love interest in the film.
Video: Watch the trailer of Swara Bhaskar's Anaarkali of Aarah:

Anaarkali of Aarah is directed by Avinash Das, who has also written the film. Swara Baskar recently got into a Twitter battle with self-proclaimed film critic Kamaal R Khan after he said Swara's film will be "super duper disaster of the year coz KRK says so." Swara Bhaskar's sarcastic comeback was: "Kuch logon ki gaali, compliment hoti hai! Thanks KRK, the unasked filth you spew is a character certificate for us! Appreciated."
Swara Bhaskar is best known for her roles in films like Tanu Weds Manu, Prem Ratan Dhan Payo and Nil Battey Sannata. Anaarkali of Aarah is expected to release in March.