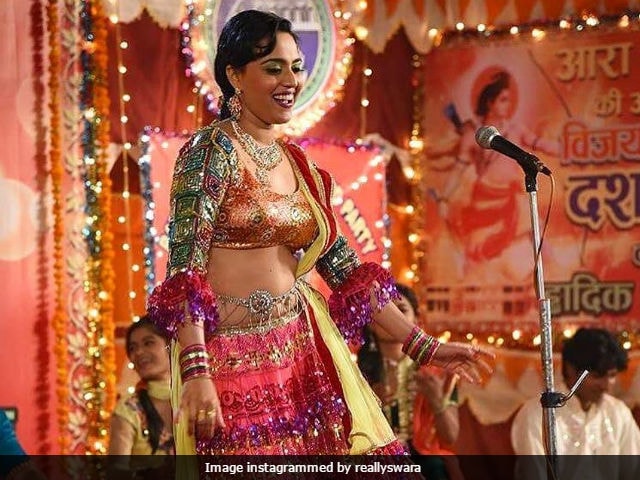 Sonam Kapoor launched the teaser of Swara Bhaskar's upcoming film Anarkali Of Arrah on social media. The film, which has been directed by Avinash Das, will see the 28-year-old actress in an all new look. The film is a story of an erotic singer who hails from Arrah, Bihar and is popular for her double meaning songs. Anarkali Of Arrah is scheduled to release in theatres on March 24. Speaking about the launch of the film's teaser, Sonam Kapoor, in a statement to news agency PTI, said: "Swara is a dear friend and someone I deeply respect as an actor. When I saw the teaser of Anaarkali of Arra, I was so excited and happy to lend my support to her and the film."
Watch Anaarkali of Arra's teaser here:

The Nil Battey Sannata actress also thanked Sonam Kapoor for supporting her film. "Sonam is the most wonderful person I know in Bollywood. She is one of the most encouraging and enabling woman and friend anyone can ever have," Swara told PTI.
Sonam Kapoor and Swara Bhaskar have previously worked together in 2013 movie Ranjhaana and 2015 film Prem Ratan Dhan Payo. They will be collaborating for the third time in Veere Di Wedding, which is being produced by the Neerja actress' sister Rhea Kapoor. The film is a story about four friends getting together for wedding. Kareena Kapoor and Shikha Talsania will also be a part of the lead cast.
Meanwhile, the Bhaag Milkha Bhaag actress has signed on for R Balki's Padman opposite Akshay Kumar.
(With PTI inputs)