Andaz Apna Apna@20: Aila! Sachin Tendulkar was at the mahurat 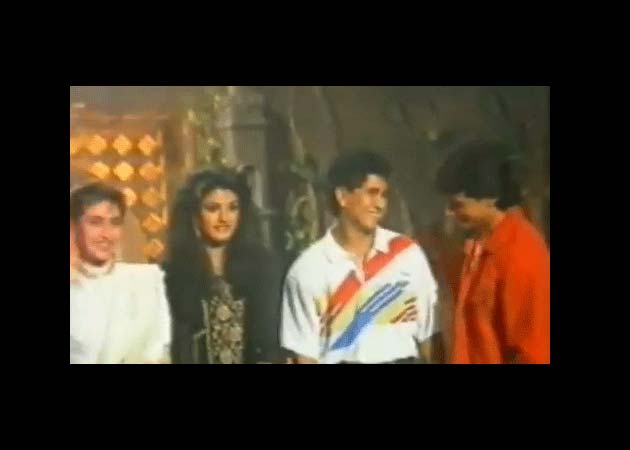 Cricket hero Sachin Tendulkar was there when now cult comedy Andaz Apna Apna was being made 20 years.

Cricket hero Sachin Tendulkar was there when now cult comedy Andaz Apna Apna was being made 20 years.
In this video of the mahurat of the Rajkumar Santoshi-directed film, a very young Sachin - then just 20 - is spotted with the stars of the film. Dressed in jeans and a white and red T-shirt, Sachin poses with the also very young lead actors - Aamir Khan, Salman, Raveena Tandon and Karisma Kapur - director Rajkumar Santoshi, actor Shehzad Khan (who played henchman Bhalla) and senior actor Dharmendra who was there to give the clap for the mahurat.
Andaz Apna Apna, which celebrates its 20th birthday today, was a flop when it released on April 11, 1994, defeated at the box office by Anil Kapoor's Andaz. However, over the years it has acquired a 'cult' tag and a devoted following. Sachin's own ascent from rising young star to godly status somewhat matches the steam that Andaz Apna Apna gathered as the years went by.
Watch: