Anees Bazmee: No Welcome Back sequence without Amitabh Bachchan 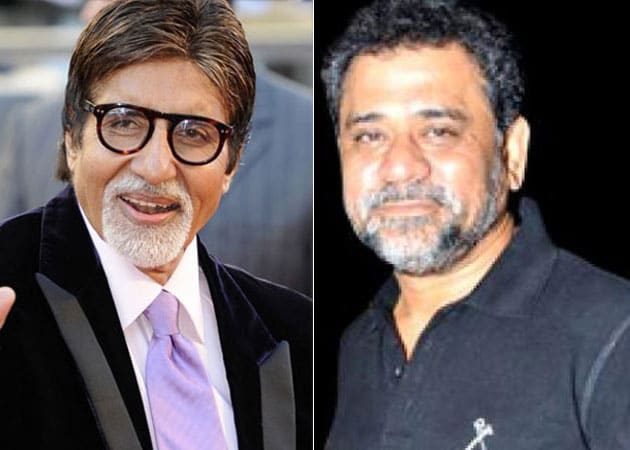 Anees Bazmee is so keen to cast Amitabh Bachchan in Welcome Back that he won't shoot for a particular sequence unless the megastar agrees.

Director Anees Bazmee is so keen to cast Amitabh Bachchan in Welcome Back that he won't shoot for a particular sequence unless the megastar agrees. He also denies approaching Rekha for the movie.
A sequel to 2007 hit comedy Welcome, part two has three heroes - John Abraham, Anil Kapoor and Nana Patekar. Bazmee wants Big B to step in to play the don, essayed by the late Feroz Khan in the original.
He said: "It's really very simple. It's Bachchan saab or bust. I cannot see anyone else in the role. So until he says yes, we are not shooting that particular role or shooting with any of the actors who have scenes with that character."
In fact, the role of the don's son has not been cast either.
"We will cast for the son's role only when Amitji says yes. The son should resemble the father. The role doesn't justify Abhishek Bachchan's presence. Or we'd have cast him when Amitji says yes," said Bazmee. He denied reports that he approached Rekha for the role.
Bazmee said: "I don't know where that came from. I've never met Rekhaji in my life. So where is the question of casting her?" The director will cast the female actors opposite the Don as well as his son according to the Big B's comfort level.
If the consent is not forthcoming Bazmee may even scrap the character.
He said: "When you have Amitji in mind for a role, there can be no replacement. Can you imagine any song sung by Lata Mangeshkarji in any other voice?"