"I have been to their (referring to Anil Kapoor) house couple of times. I did interact with them (Anil and Sonam Kapoor) and it is too much fun to be around them," said Saiyami Kher 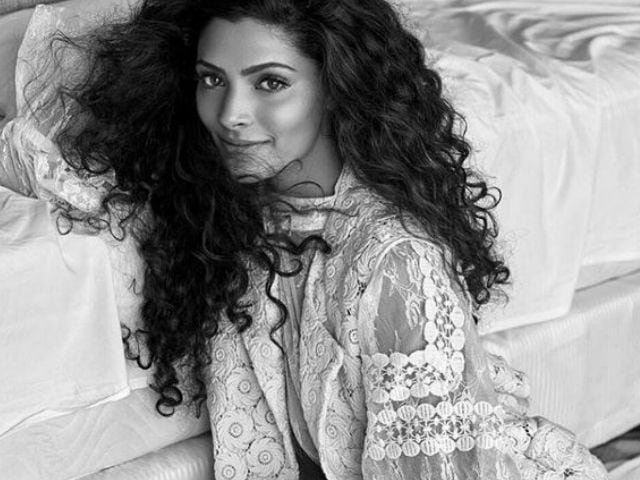 This image was posted on Instagram by Saiyami Kher

Actress Saiyami Kher says she initially thought that Anil Kapoor's son Harshvardhan Kapoor, with whom she is co-stars in Mirzya, would have filmy airs about himself, but found him to be a chilled out person.
"I had pre-conceived notions that being Anil Kapoor's son, Harsh would be filmy. But he is completely different. He is normal and chilled out person. We got along well. He is passionate about his work. He has worked too hard for this film," Saiyami told PTI.
Rakyesh Omprakash Mehra's Mirzya introduces Harshvardhan and Saiyami, the granddaughter of actress Usha Kiran and niece of Tanvi Azmi and Shabana Azmi.
The world of films is not new to Saiyami. She made her acting debut with Telugu film Rey, but Mirzya marks her entry into Bollywood.
The film is touted as Harshvardhan's debut film but Saiyami is not insecure about the focus on him.
"I was very happy because I have been a fan of Anil Kapoor since long. I went crazy seeing him (Anil Kapoor) in Dil Dhadakne Do. He was incredible. I was excited as Anil Kapoor's son was getting launched and even I am there in that film. It's an exciting thing," she said.
"There is no insecurity. I find it exciting to be making debut in Bollywood with one of the biggest actor's son (referring to Harshvardhan). It is not a worry for me. The film is a love story, it is about both of us," she said.
The model-turned-actress says both Anil Kapoor and his daughter Sonam had come on the sets of Mirzya.
"I have been to their (referring to Anil Kapoor) house couple of times. I did interact with them (Anil and Sonam Kapoor) and it is too much fun to be around them," she said. Saiyami hopes to have the same amount of energy and enthusiasm towards her work as the Mr India actor.
"When Anil sir came on the sets while we were shooting (for Mirzya) in Rajasthan, the energy is incredible. He (Anil Kapoor) is still passionate about his work. This is something (referring to his energy and passion) we all youngsters must learn from him," she said.
"Sonam is an easy person to get along, she has no hang ups, she is sweet. They all, Sonam, Rhea (Harshvardhan's sisters) and Harsh are different," she said.
For this romantic-drama, Harshvardhan and Saiyami had to learn horse-riding.
"I don't think we worked at creating the chemistry in Mirzya, it just happened. Thanks to Rakyesh sir, he utilized us according to our strength. I hope it has translated on screen," she said.
(Except for the headline, this story has not been edited by NDTV staff and is published from a syndicated feed.)