"If you truly ask me, I am scared of working with her. She knows many secrets of mine and is extremely honest and moohfat," said Anil 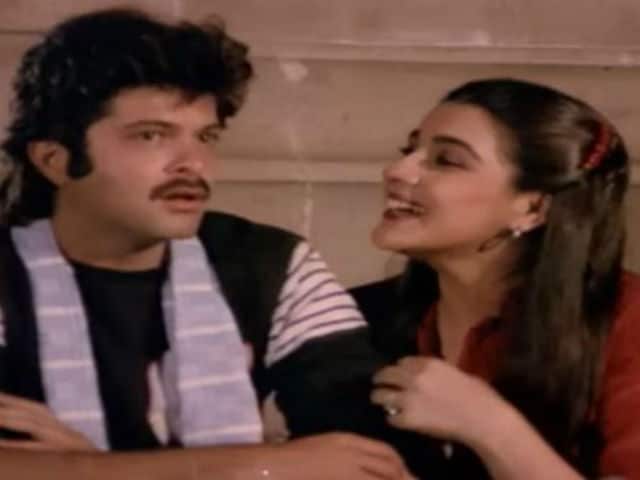 Anil Kapoor and Amrita Singh in a still from Saaheb

Fans are eagerly waiting to see Anil Kapoor and Amrita Singh together onscreen again, but the 59-year-old actor is petrified she would spill all his secrets.
The two will be paired in upcoming Mubaraka directed by Anees Bazmee, and Anil is excited at the prospect of working with her again, saying he is truly scared because she is "extremely honest and moohfat," reports Bollywood Life.
"If you truly ask me, I am scared of working with Amrita. She knows many secrets of mine and is extremely honest and moohfat (forthright)," the Mr. India star said.
The film will also star Arjun Kapoor alongside the two actors, who have previously worked together in Saaheb (1985), Thikana (1987) and cult 1986 comedy Chameli Ki Shaadi.
"I am petrified of her because I feel that once we start shooting, she will come and expose all my secrets! Mere bhanje Arjun (Kapoor) ke saamne meri puri pol khol degi Amrita (she will expose all my secrets in front of my nephew Arjun)," the 24 actor expressed.
He added, "She is straightforward and brutally honest. I guess that's the reason we got along so well. Don't they say opposites become friends? Each and every day, working with her was entertaining and lots of fun. She is great fun to be on the sets."
(Except for the headline, this story has not been edited by NDTV staff and is published from a syndicated feed.)