Animated Mahabharat to hit the screens this Friday 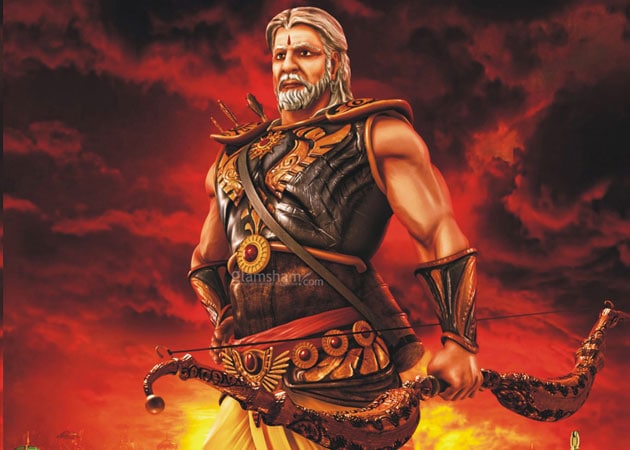 A still of Bheeshma from Animated Mahabharat

With an impressive voice-over cast and a tried and tested storyline, Jayantilal Gada's Mahabharat is all set to woo movie goers at the box office, this Friday.

With an impressive voice-over cast and a tried and tested storyline, Jayantilal Gada's Mahabharat is all set to woo movie goers at the box office, this Friday.
While Dhoom: 3 continues to thrive on its elaborate action sequences and hi-fi bikes, 3D animated film Mahabharat also boasts of expansive research and detailed characterization.
"The two films are expected to maintain a good balance at the box office." says Rajesh Thadani of Multimedia Combines.
"Both the films have different audiences. I feel that kids will like to go and watch Mahabharat. But, of course, if Dhoom: 3 sustains till Friday, then it might become an issue." said Mr Thadani.
However, the makers don't seem to be in any competition with the Aamir Khan-starrer and have decided to release Mahabharat in 125-150 screens. Touted as India's most expensive animated film, it has been made on a budget of Rs 50 Crores with minimal promotion.
Directed by Amaan Khan, the 125-minute animation film is an outcome of seven years of hard work.
With an endeavor to ensure that the film stands unique to all the other versions of the epic, the director has made the story-telling simpler.
To match the storyline and characterization, it is safe to say that the makers have gone all out to ensure a starry list of voiceover artists.
In the film, megastar Amitabh Bachchan will be seen lending his voice to Bheeshma, Vidya Balan has lent her voice for Draupadi, Sunny Deol for Bheem, Ajay Devgn for Arjun, Anil Kapoor has lent his voice for Karna, and Manoj Bajpayee has dubbed for Yudishthir's character.
The voice behind Krishna was kept under wraps for a long time in order to create an effective buzz for the film. The character has been dubbed by actor-politician Shatrugan Sinha.