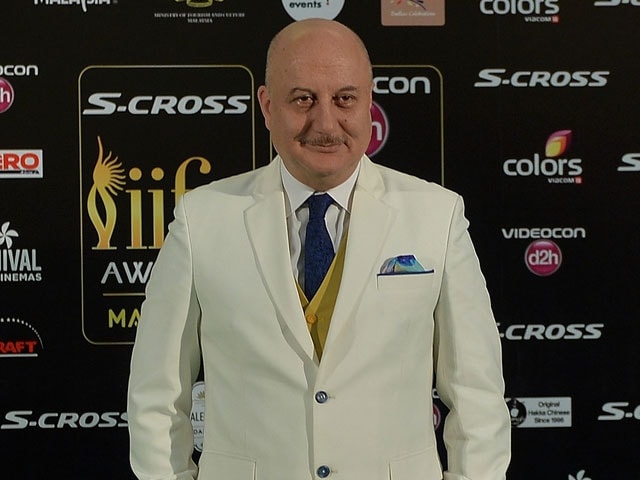 On Twitter, where he is very active, Anupam Kher posted several messages celebrating his award - and was promptly trolled for a tweet dated 2010 in which he dismissed the Padma honours as inauthentic. Twitter has excavated a 2010 post from the actor

Actor Anupam Kher, a Padma awardee this year, has discovered the hard way that the Internet never forgets. Mr Kher, 60, is to receive the Padma Bhushan, 12 years after he was given the Padma Shri in 2004. On Twitter, where he is very active, Mr Kher posted several messages celebrating his award - and was promptly trolled for a tweet dated 2010 in which he dismissed the Padma honours as inauthentic. (Also Read: Padma Awards: Rajinikanth, Anupam Kher on List of Awardees)
Twitter has excavated this 2010 post from the actor:

AWARDS in our country have become a mockery of our system.There is NO authenticity left in any one of them.B it films, National or now PADMA

Six years later, Anupam Kher has revised his opinion and welcomed his Padma Bhushan with these tweets:

Happy, Humbled & Honoured to share that i have been awarded The PADMA BHUSHAN by the Govt. of India. Greatest news of my life:) #JaiHind

.@AnupamPkher Ok. So u accepted Padma Award despite knowing it has no authenticity only for @narendramodi ji..Jai Ho !!

What? Padma award has NO authenticity? Are you serious? @AnupamPkher

. @AnupamPkher yeah so True sir Ji I too think you didn't deserved it

@AnupamPkher@SimpleCommonMan So you have finally decided to silently accept the inauthentic award? Any reason for this change of heart !

Dear @anupampkher Can you please explain your words again because its 2016 now not 2010 https://t.co/nn7797v0di#PadmaAward4Bhakts#UTurn

Anupam Kher, the winner of two National Awards, is married to BJP MP Kirron Kher and was a strong critic of the protests against 'intolerance' last year. He publicly opposed the returning of awards, slammed actor Aamir Khan's comments on 'intolerance' and organised a counter-protest of his own in New Delhi. (Also Read: Anupam Kher Says Aamir Khan Thinks he Should Have Opinion on Everything)
Mr Kher first notable film role was in 1984's Saaransh. He has appeared in Hollywood movies like Silver Linings Playbook and was seen last year in Salman Khan blockbuster Prem Ratan Dhan Payo. This year, he will appear in M S Dhoni: The Untold Story.