Anupam Kher's new film will be based on the book, titled The Accidental Prime Minister: The Making And Unmaking of Manmohan Singh 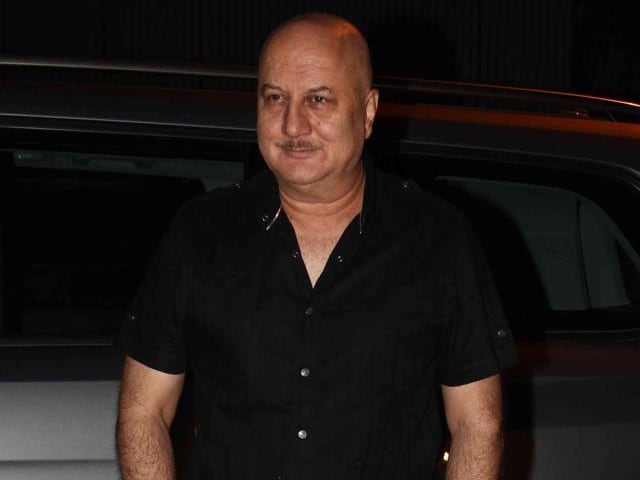 Veteran actor Anupam Kher has been roped in to play the role of former Prime Minister Dr Manmohan Singh in an upcoming project, reported news agency PTI. Anupam Kher's new film will be based on the book, titled The Accidental Prime Minister: The Making And Unmaking of Manmohan Singh . The book is the work of Sanjay Baru, who served as the media adviser to the former Prime Minister. Anupam Kher, who confirmed the news, also added that the film will be the debut directorial project of newcomer Vijay Ratnakar Gutte, reports PTI. National Award-winning filmmaker Hansal Mehta is currently busy formulating the script of the movie. "Yes, I am writing it," news agency PTI quoted the Aligarh director as saying.
In an interview with Economic Times, the 62-year-old actor said that he finds the role to be "extremely challenging." Here's what he said: "Acting the role of anyone in contemporary history is extremely challenging, as comparisons are bound to be instant and inevitable. But as I have always revelled in challenges, right from my first film Saaransh, I look forward to the experience of portraying PM Manmohan Singh."
Meanwhile, the Vijay Ratnakar Gutte also told Economic Times that Mr Kher was the "only choice" for the role. "I am obliged to get a hold on the story that I truly believe has to be told with utmost honesty and integrity," he added.
Anupam Kher featured in a variety of roles in a career spanning over 40 years. 2002's Om Jai Jagadish remains his first and last directed project. The 62-year-old actor has also produced a number of films between 2000 and 2009.
Anupam Kher was last seen in Naam Shabana .
(With PTI inputs)