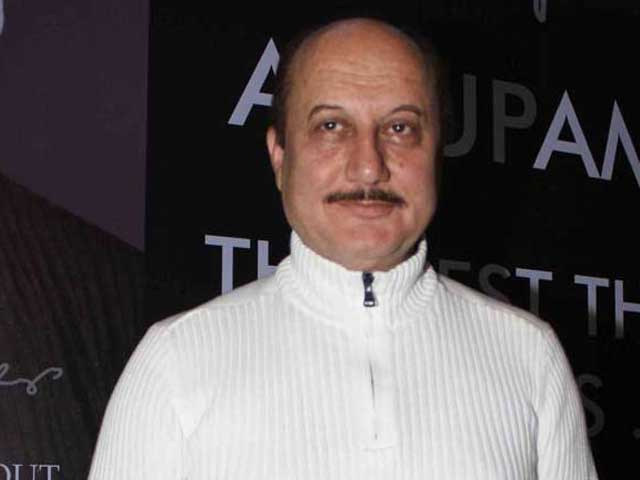 Veteran actor Anupam Kher on Sunday said Article 370 of the Indian Constitution, which guarantees special status to Jammu and Kashmir, should be repealed and a Smart City should be built in the Kashmir Valley for the displaced Pandit community.
In an interaction with the media organised by Roots In Kashmir, Mr Kher, a Kashmiri Pandit himself, said "Personally, I feel that Article 370 should be abolished."
Arguing that Pandits can't return to their colonies where they once lived because most of the properties have either been burnt down or occupied, Mr Kher urged Prime Minister Narendra Modi to construct a new Smart City for the Pandits.
"It is more important today that the Pandits feel secure when they return to the valley and this is possible only when they live together as a cohesive unit in one township," said Mr Kher.

"I request the (central) government to consider building this township as a Smart City. Some of the country's best doctors, educationists and IT professionals come from the Pandit community."
"If the township is developed into a Smart City, it will benefit the entire Kashmir Valley," he said.
Mr Kher condemned separatists as well as political parties of Kashmir for spreading falsehoods about the resettlement of Kashmiri Pandits.
"Kashmiri Pandits are free citizens of India and they should decide how and where they want to live. Nobody should dictate terms to us, least of all the separatists and terrorists who were responsible for our exodus."