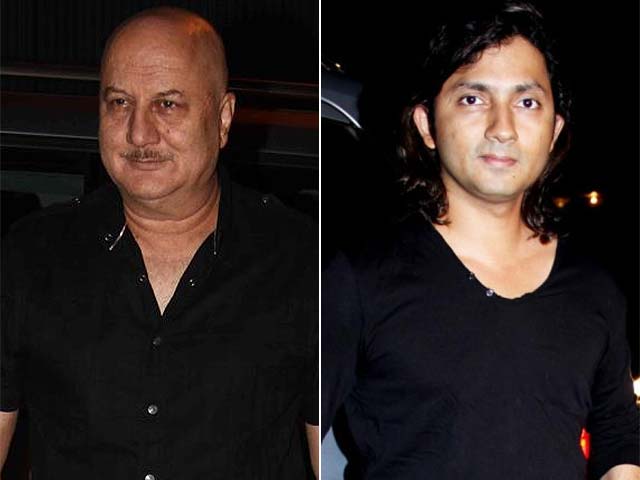 It's been battlefield Twitter this entire week with a furious debate over actor Aamir Khan's comments on 'intolerance.' Voices in favour of Aamir included Shirish Kunder who put out a tweet three days ago, aimed at Anupam Kher. Mr Kher responded with a barb of his own

It's been battlefield Twitter this entire week with a furious debate over actor Aamir Khan's comments on 'intolerance.' Passions have been high, tempers have been lost and now a minor skirmish has taken place on the sidelines between Aamir's Dil Hai Ki Manta Nahin co-star Anupam Kher and filmmaker Shirish Kunder.
On Monday, Aamir the actor spoke about being 'alarmed' by several recent incidents and how his wife had suggested they consider leaving the country. "When I chat with Kiran at home, she says, 'should we move out of India?' That's a disastrous and big statement for Kiran to make. She fears for her child. She fears what the atmosphere around us will be. She feels scared to open the newspapers every day. That does indicate that there is this sense of growing disquiet, there is growing despondency apart from alarm," he had said while speaking at the Ramnath Goenka Excellence in Journalism Awards. (Also Read: Neither I, Nor My Wife Have Any Intentions of Leaving India: Full Statement of Aamir Khan)
The backlash on Twitter was instant, with Mr Kher among Aamir's earliest and most vocal critics. Voices in favour of Aamir included Shirish Kunder who put out this tweet three days ago, aimed at Mr Kher.

The import of that tweet passed several people by. Late Wednesday night, Anupam Kher responded with a barb of his own.

Omg. Never realized you are so intelligent. Jai Ho.:) https://t.co/vwFu4frGGM

Shirish Kunder's director wife Farah Khan has also taken Aamir's side, telling the press on Wednesday, "I just want to say that there is no 'intolerance' but when somebody has a point of view everybody jumps on him and attacks him." (Also Read: In Defence of Aamir: Anyone With Point of View is Attacked, Says Farah Khan)
On Monday night, after Aamir's comments made national headlines, Anupam Kher put out a series of strongly-worded tweets, like this one:

Dear @aamir_khan. Did you ask Kiran which country would she like to move out to? Did you tell her that this country has made you AAMIR KHAN.

He has since been in Toronto filming The Headhunter's Calling with an international cast that includes Gerard Butler and Willem Dafoe, and has just returned to India.

Shooting for #TheHeadHuntersCalling has been one of d most rewarding & enriching experience. What an AMAZING team.:) pic.twitter.com/kfDSKzs9oR