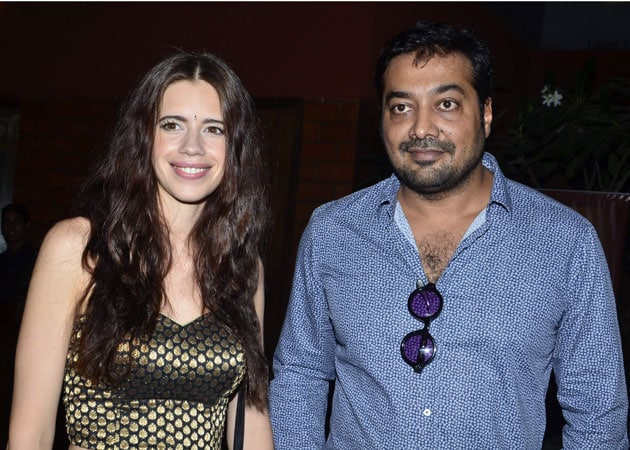 Filmmaker Anurag Kashyap co-hosted the premiere of the documentary film The World Before Her, directed by India-born Canadian filmmaker Nisha Pahuja, with Women in Film and Television (WIFT) India on May 31 in Mumbai.
Actresses like Kalki Koechlin, Shilpa Shukla and Nimrat kaur also attended the screening, held on May 31 by WIFT India's monthly screening club Cine Corner.
The premiere also saw the presence of celebrities like Elli Avram, Pallavi Sharda and Ajay Bahl. (Also Read: Kalki and Anurag are good friends)
The screening was followed by a question and answer session by Anurag Kashyap and the film's cast - Ruhi Singh, Pooja Chopra and Neera Chopra.
"I couldn't have asked for a better platform other than WIFT India! With 50 chapters globally, Nisha's connect with WIFT Toronto and now WIFT India proves that being connected is important for the independent filmmaker," Anurag Kashyap said in a statement.
"WIFT India's support to encourage independent women filmmakers via Cine Corner is a much needed platform for the premiere of The World Before Her. So, it's going to be a women's show all the way," he added.
Nisha Pahuja was delighted as it took her long to release the film.
"After more than a year of trying to release The World Before Her in India, it is finally happening! I am so thrilled that WIFT has given us the honour of premiering the film through Cine Corner. Like WIFT, those of us involved in the India release know the impact that women's stories can have and increasingly WIFT is helping get those stories to the mainstream," she said.
The World Before Her explores the complex and conflicting environment for young girls in India by profiling two young women - Ruhi, who aspires to become Miss India, and Prachi Trivedi, a militant Hindu nationalist with the Durga Vahini - participating in two very different types of training camps.