Anurag Kashyap 'Doesn't Hate' Ram Gopal Varma. This is What He Said

"You tell me the solution. You declared the film as 'banned.' Neither was the film banned nor did anything else happen. You all don't even know what has happened. Nothing happened," said Anurag Kashyap 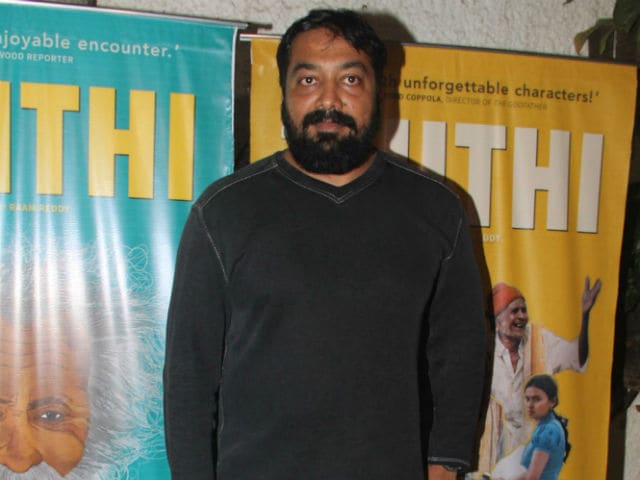 Director Anurag Kashyap said that he loves his former mentor filmmaker Ram Gopal Varma more than he does.
At the trailer launch of his film Veerappan, Ram Gopal Varma had said that he loved Anurag Kashyap but the latter hated him. "I love him and he hates me," Mr Varma had said.
When Mr Kashyap was asked about this at a special screening of Kannada film Thithi, he said: "Oh. That he thinks. I love him as much as he loves me. I actually love him more."
Mr Kashyap began his journey in the film industry as a writer for Mr Varma's films such as Shool, Kaun and Satya. As a member of the production house Phantom Productions, Mr Kashyap is one of the producers of the film Udta Punjab. Recently, Mr Kashyap tweeted that the film has not been banned.
"You (media) have created the controversy. You tell me the solution. You declared the film as 'banned.' Neither was the film banned nor did anything else happen. You all don't even know what has happened. Nothing happened. It's what happens normally. They referred the film to the revising committee and they'll watch it and when they'll watch, you will come to know what has happened," said Mr Kashyap.
Mr Kashyap said that the films which he has directed have been at loggerheads with the censor board.
"This is not my film. This is Abhishek Chaubey's film. I'm just one of the many producers in the film. The films that I have directed have been at loggerheads with the censor board and not the ones that I have produced," said Mr Kashyap.
Udta Punjab stars Shahid Kapoor, Kareena Kapoor Khan, Alia Bhatt and Diljit Dosanjh.