Anurag Kashyap has Stopped Trying to be Part of Bollywood 'Interior'

"I never called myself rebellious...I find these labels irritant. It irritates me, it nags me like a leech and I feel why it doesn't go. I want to be left alone. If I had my way, I would want the world to leave me alone. I love complete isolation," Anurag told PTI. 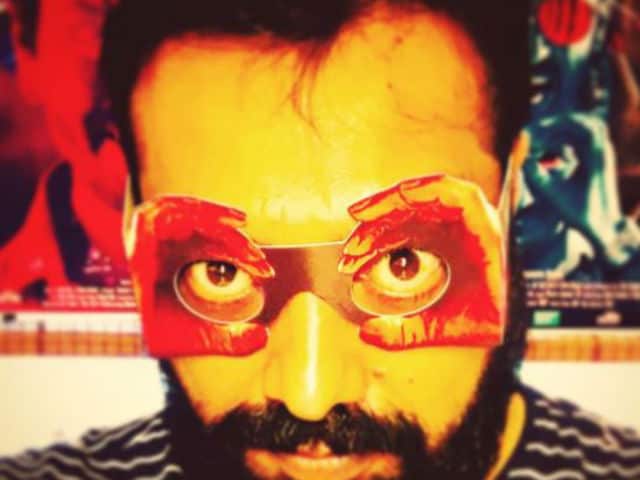 From being on the fringes of the Hindi film industry to becoming a sought after director with a dedicated fan base, Anurag Kashyap has come a long way but the filmmaker says he would rather stay at the periphery than be an insider in Bollywood.
After more than a decade in the industry and a host of brilliant films to back him, Anurag says he is extremely comfortable in his own space and no longer wishes to be part of the "interiors" of Bollywood.
"I am still at the periphery in Bollywood. The fact is that I have stopped trying to be part of the interior now. I am very comfortable where I am right now in my career and with myself. I have become mature. May be that's because of my age... I just want to make films," Anurag told PTI.
Entering the industry at a point when soft romantic stories were popular, Anurag's work explored the grittier and darker stories be it is writing in films like Satya, Shooland Kaun or initial films as a director, Black Friday, Paanch and No Smoking. He eventually got acceptance with critical acclaim for Dev D, Gulaal, That Girl in Yellow Boots and his biggest success till date, Gangs of Wasseypur- 1 and 2 and Hindi film industry had found its new rebel.
But the 43-year-old director cringes at the many fancy labels that have been attached to him.
"I never called myself rebellious. All my life has been about one thing, I will do what I want to do and will stand by what I believe in. In that, people have given me definitions and interpretations. So, I think it's their problem, not mine," Anurag said.
"I find these labels irritant. It irritates me, it nags me like a leech and I feel why it doesn't go. I want to be left alone. If I had my way, I would want the world to leave me alone. I love complete isolation," he added.
There is also a belief that this tag of a 'filmmaker with a difference' cost him heavily when he offered the audience an opulent and stylish Bombay Velvet .
While audience and critics felt the director "deviated" from his path of realistic cinema, Anurag begs to differ and says the movie was his choice.
He, however, admits the presence of a star, a big budget and opening weekend pressure put him on the back foot.
"I did what I wanted to do. All the choices were mine. I now realise that I should not be on the back foot again. There is a hell lot of pressure about the money and opening weekend and that put me on a backfoot and that's entirely my fault that I went on a back foot," Anurag said.
(Except for the headline, this story has not been edited by NDTV staff and is published from a syndicated feed.)