Anurag Kashyap: No Bigger Loss For Me Than Losing Kalki Koechlin 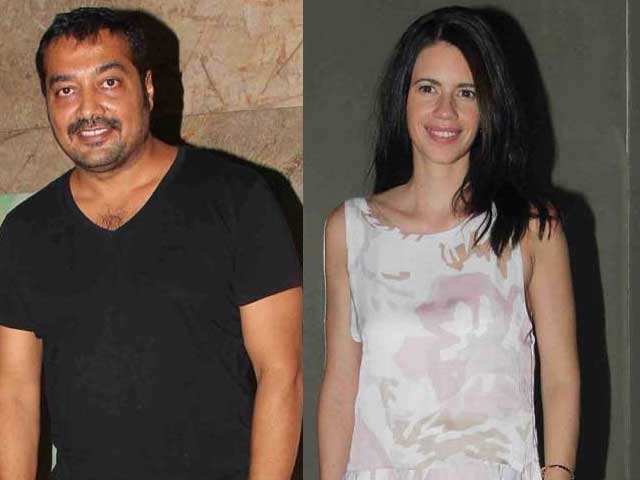 "What happened between us, why we went separate ways... all that remains between us," said Anurag Kashyap

He handles complex relationships with a rare finesse and ease on reel, but in real life, filmmaker Anurag Kashyap doesn't hesitate to admit he's "not good at relationships". Almost two years after separating from Kalki Koechlin, he says there was "no bigger loss" for him.
"Kalki is a great actress. What happened between us, why we went separate ways... all that remains between us. But she gave me six years of her life. I respect her for what she is; she really changed my life. Even if she left me, it's because the shortcoming is in me... I am not good at relationships," Anurag said.
That's quite a paradox considering how he manages to handle complex relationships on screen. On being asked about the same, Anurag said "Yes, but perhaps as they say... the man who makes people laugh, is often the saddest. So, maybe it's just a case of that...Every person has a weakness and strength... But yes, for me, there is no bigger loss that Kalki is not with me today."
Kalki, 29, who is an Indian of French descent, and Anurag Kashyap, 41, noted for his films Black Friday, Gulaal and Gangs of Wasseypur, met and fell in love while working on Dev D in 2009.
Kalki played Chandramukhi in Anurag's modern take on Sarat Chandra's classic Devdas.
Kalki and Anurag got married in April 2011. They announced their separation in 2013.
For now, Anurag is focussed on promoting his forthcoming mega project Bombay Velvet with full gusto. Accompanied by the film's actors Ranbir Kapoor, Anushka Sharma, Karan Johar, Satyadeep Misra, Siddharth Basu and Vivaan Shah as well as crew members, he was in Goa on a two-day promotional event.
The film, set in 'Bombay' of the 1960s, is slated to release on May 15. Anurag is then eyeing a much-needed "break".