Anurag Kashyap Not Eager to Make Films Like Black Friday 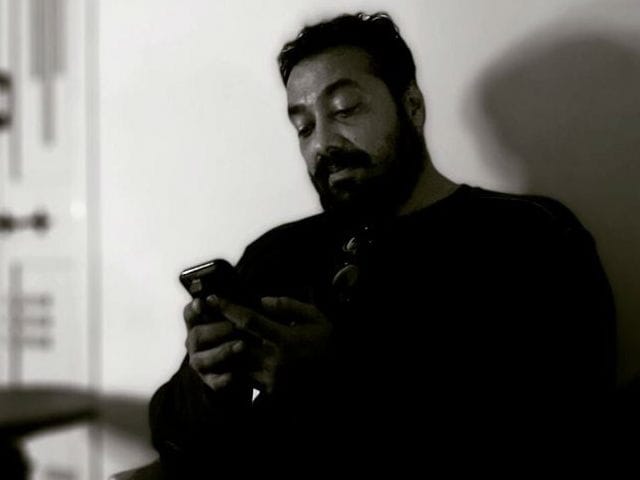 This image was posted on Instagram by Anurag Kashyap

Black Friday released in India in 2007, three years after its international release, after the Supreme Court allowed the film to be shown in theatres only after the TADA court passed its judgment in the case. After the Black Friday incident, I'm not ready to go through it again," said Anurag Kashyap

Anurag Kashyap said that he will refrain from making a film like Black Friday, in which he traced the events leading to the 1993 Mumbai serial blasts, as he is not ready to go through the ordeal that he went through to release the movie.
"We have just discovered the idea of biopics as it has worked in the recent times. But filmmakers need cover before starting the film, as people get easily offended. Anyone can get up and stake claim to something that you have no idea about regarding the person. After the Black Friday incident, I'm not ready to go through it again," he said while addressing a session at Film Bazaar.
He added: "When you start making such a movie, some people of society start questioning everything - from your intention to your understanding without seeing the film. People might find a single word in a song offending; there is so much fear in them".
The controversial film Black Friday was based on the Hussain Zaidi's book Black Friday - The True Story of the Bombay Bomb Blasts. The film released in India in 2007, three years after its international release, after the Supreme Court allowed the film to be shown in theatres only after the TADA court passed its judgment in the case. (Also Read: Anurag Kashyap Says India has Always Been 'Intolerant')
The maker of films like Gangs of Wasseypur and Ugly questioned, "When books can narrate an incident freely why can't films? Nobody questions a book."
Anurag, whose last Bollywood outing with Bombay Velvet was a debacle, shared his experiences at a session named 'Re-creating Real Stories - Crossing The Legal Bridge' with filmmaker Ketan Mehta. (Also Read: After Bombay Velvet Debacle, Money is Anurag Kashyap's 'Nightmare')
The director, who has also ventured into production, is in awe with double standards present against cinema.
"News channels over-dramatize news and make it sensational, but when it is onscreen, it is like anyone from any corner of the country can stand up and file a case. The constitution doesn't think it is important to give cinema that kind of protection. It is so painful while you rare making a movie in the country," he said.