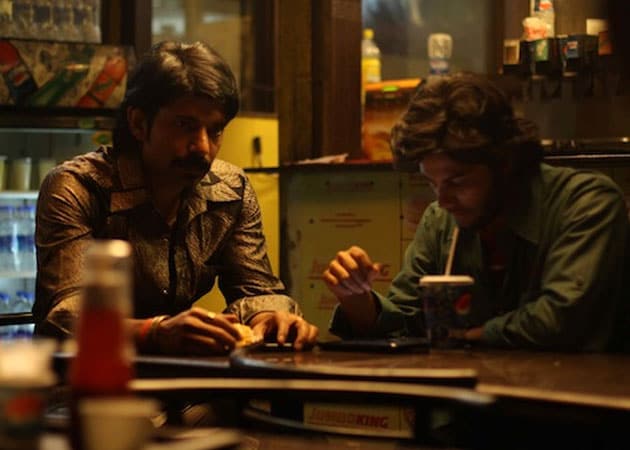 A still from the film Ugly

Anurag Kashyap's Ugly, which created waves at the Cannes International Film Festival earlier this year, made its Asia premiere here and left an audience full of filmmakers, army trainees and media, numb with its 'ugliness'.

Anurag Kashyap's Ugly, which created waves at the Cannes International Film Festival earlier this year, made its Asia premiere here and left an audience full of filmmakers, army trainees and media, numb with its 'ugliness'. (Also Read: Will fight with the Censor Board till the end: Anurag Kashyap)
The thriller about complex relationships formed during a tragedy, its underlying connotation and stupendous performances left the audience numb. However, more details about the film's story cannot be divulged.
The filmmaker, who was present for the screening, made an earnest request to the media, saying, "Please do not reveal anything about the film on social media or in the media as it will affect the film when it releases."
Mr Kashyap, known for movies like Black Friday and Dev D, was elated to be in the serene surroundings of Leh. Before the film screening at the third edition of Ladakh International Film Festival (LIFF) here on Saturday, he shared tidbits about his journey behind the making of Ugly.
"Everyone was gung-ho after Gangs Of Wasseypur, and that's when I thought that 'Now's the time to do it'. I kind of made Ugly without telling a lot of people because knowing how scared our producers and studios are, they wouldn't have let the film be made," quipped the acclaimed filmmaker.
The movie showcased here was a different version than the one screened for the global audience at Cannes.
"Someone had seen some rushes of Ugly in February or March (this year) and asked me to rush it for Cannes. And the film has been edited again after the Cannes screening. Also, I was fighting a court battle, which I have lost, so now, Ugly is finally releasing on September 19 with the 'Smoking is injurious to health' logo, which I totally detest," Mr Kashyap said.
When asked why he chose the title Ugly, he said: "There was no better title. It came naturally to me."
Once the audience saw the film, they truly knew what he meant - as it was the 'ugliness' in the characters that left the audience numb and with a lasting impact.
Actors like Ronit Roy, Rahul Bhat (who played the lead role in TV show Heena) and Tejaswini Kolhapure, who played leading lady in Anurag Kashyap's Paanch, have delivered stellar performances in the film. For those who don't have a weak heart, it's a must watch when it hits the silver screen.