"I had never dreamt of becoming an actress but when I saw Jab We Met, I was so attracted to the film and to the character that Kareena played. I felt this was cool and something I could do... That happened because it was such a strong character. That's why Imtiaz is a very special person." Anushka told PTI 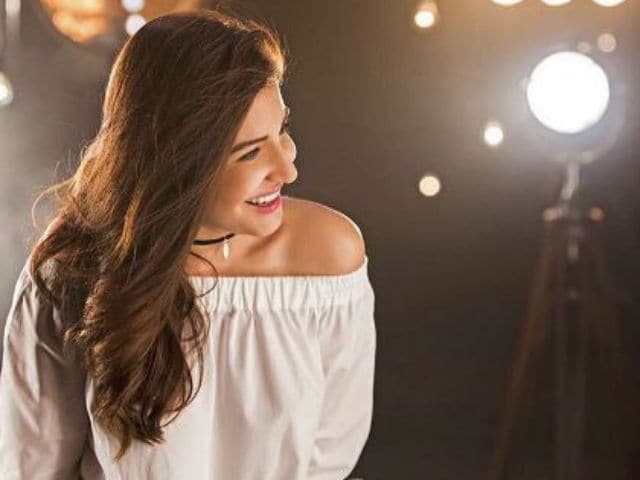 Actress Anushka Sharma will be romancing superstar Shah Rukh Khan in her next and the actress says the icing on the cake for her is that it will be helmed by Imtiaz Ali, whose love stories are known to be intense.
While Anushka made her Bollywood debut opposite Shah Rukh in Aditya Chopra's love story Rab Ne Bana Di Jodi, the 28-year-old actress does not consider it the quintessential romance film.The pair later worked in late filmmaker Yash Chopra's Jab Tak Hai Jaan but weren't paired as a couple.
"I had always wanted to do an out-and-out romantic film with Shah Rukh. Rab Ne Bana Di Jodi wasn't that romantic because for most part of the film I did not know who the guy was! The film with Imtiaz is sweet, happy, romantic," Anushka told PTI. The actress says Imtiaz's understanding of a man-woman relationship combined with Shah Rukh's charismatic style of romance will be a treat to watch.
"Imtiaz understands man-woman relationship in an intense way. There is a growth in his characters during the course of the film, love teaches them... I think that's the beauty of his romantic movies. Shah Rukh is the king of romance, he redefined love to an entire generation.
"His intensity as an actor and humility as a person is going to come across on screen. It's a great opportunity for me to work with the king of romance and a director, whose love stories are always so special and romantic." The Tamasha director had been long on Anushka's wish list, not only, because she likes his work but also as he is probably the reason she became an actress.
The NH 10 star had no plans of joining the showbiz until she watched Imtiaz's romantic-comedy Jab We Met. "I had never dreamt of becoming an actress but when I saw Jab We Met, I was so attracted to the film and to the character that Kareena played. I felt this was cool and something I could do... That happened because it was such a strong character. That's why Imtiaz is a very special person."
The duo is currently working on Anushka's character and the actress says she is impressed by the time and effort the director is giving on developing her role.
"I am doing some readings with Imtiaz right now. He is a very insightful person, he understands his characters so well and I love working on my characters as it gives me a real high. Imtiaz is so involved with me on developing my role, I am very happy. I hope we are able to create something special for the audience."
The yet-untitled movie will go on floors next month.
(Except for the headline, this story has not been edited by NDTV staff and is published from a syndicated feed.)