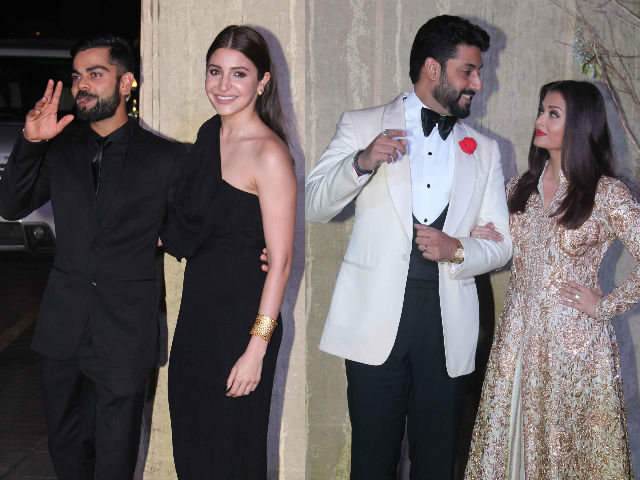 The stars shone brighter than usual on Monday night. Director Karan Johar hosted a glittering birthday party for designer Manish Malhotra and the uber-glam guest-list read like a veritable who's who of Bollywood. Manish, who turned 50, counts several celebrities among his friends and clients and Monday's party was attended by Shah Rukh Khan, Aishwarya and Abhishek Bachchan, Sridevi and family, Katrina Kaif, Alia Bhatt, Kareena Kapoor and Saif Ali Khan, Anushka Sharma and Virat Kohli and many, many others from among the rich and famous. The party was the second such for the birthday boy. Aishwarya, Abhishek and Sridevi helped bring Manish Malhotra's birthday in on Sunday night.
Sunday was relatively casual but it was best fashion foot forward on Sunday. Aishwarya, smiling on Abhishek's arm, wore a white and gold ensemble by Manish. Kareena, pregnant and soon to deliver her first baby, looked sleek in black. Anushka, wearing a black Vizyon dress, smiled for the cameras, hand-in-hand with Virat. Anushka and Virat were also recently spotted together at Yuvraj Singh's wedding. 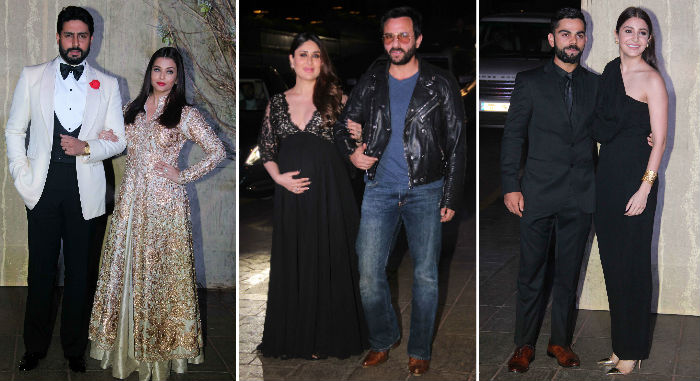 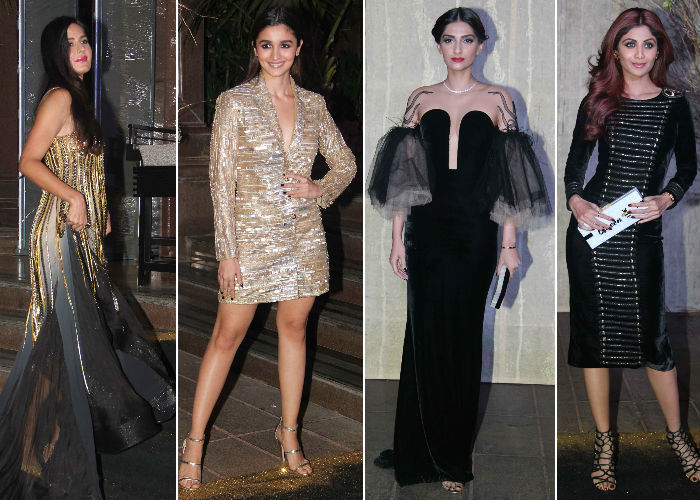 Sridevi, wearing a sari, was accompanied by husband Boney Kapoor and both daughters, Jhanvi and Khushi. 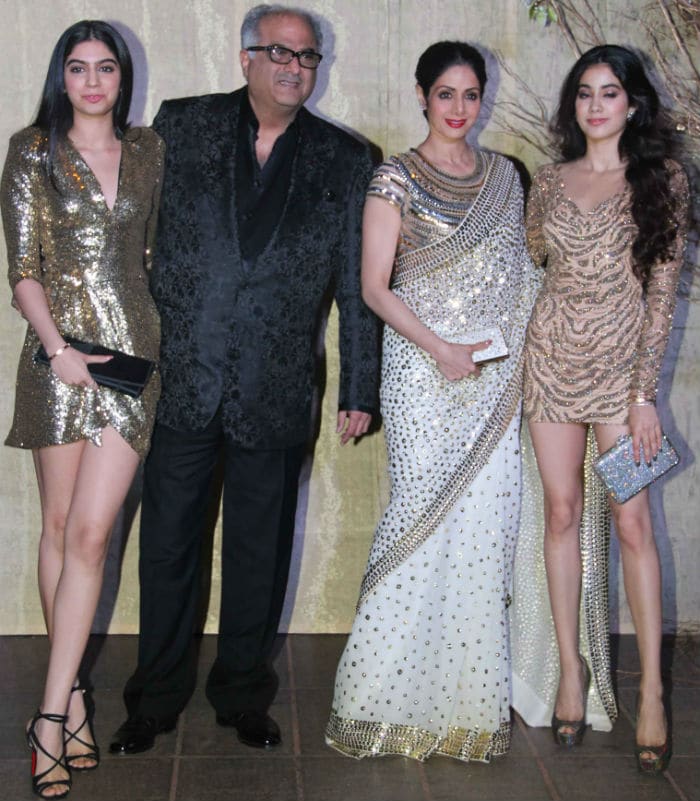 Sridevi and Boney Kapoor photographed with Jhanvi and Khushi in Mumbai

Shah Rukh Khan was photographed with the birthday boy and Karan Johar. 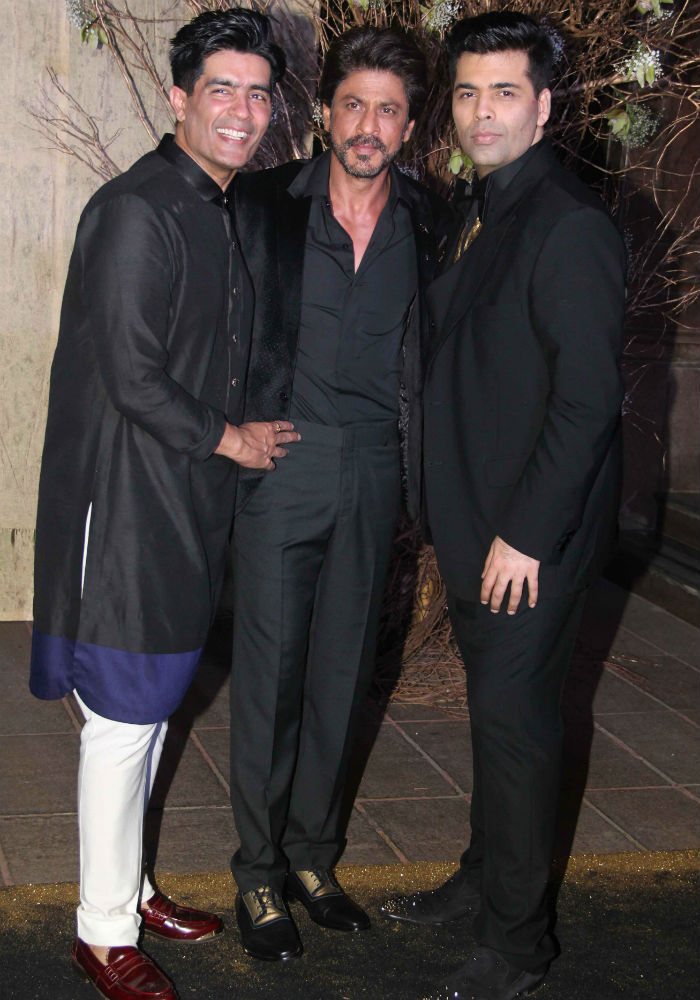 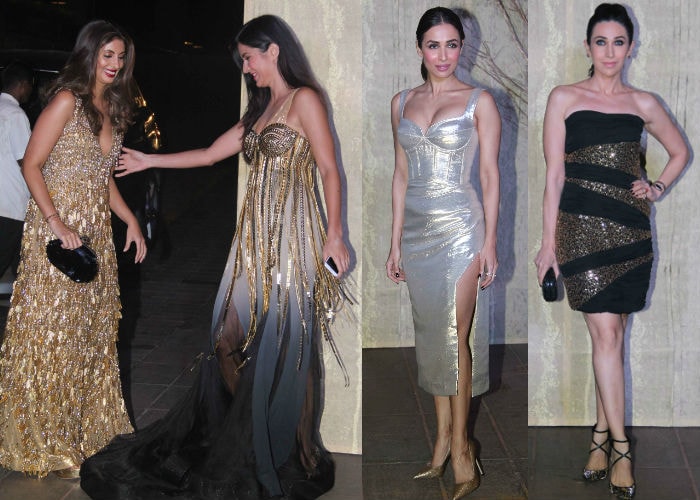 Katrina and Shweta exchange courtesies. Malaika and Karisma pose for the shutterbugs 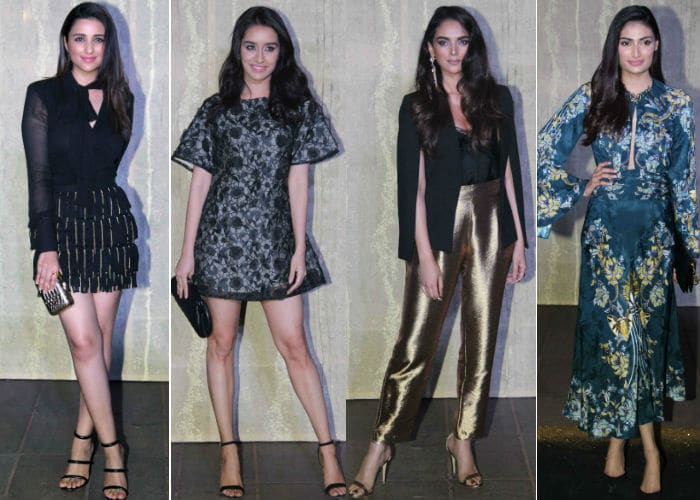 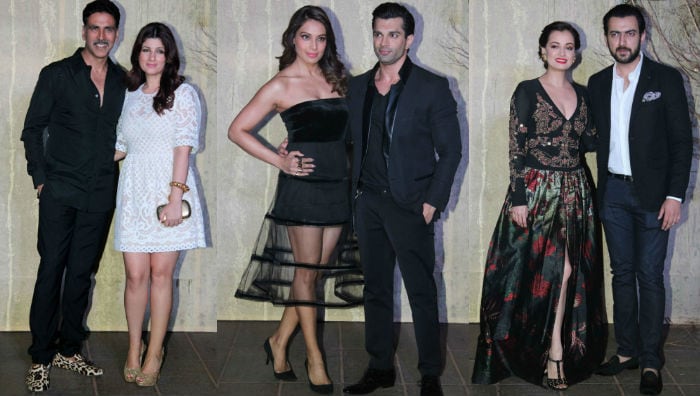 In twos: Twinkle and Akshay, Bipasha and Karan, and Dia and Sahil

Madhuri Dixit and husband Dr Shriram Nene, Tabu looking lovely in a Sabyasachi dress, Rishi and Neetu Kapoor and Sushmita Sen were all on the guest list. 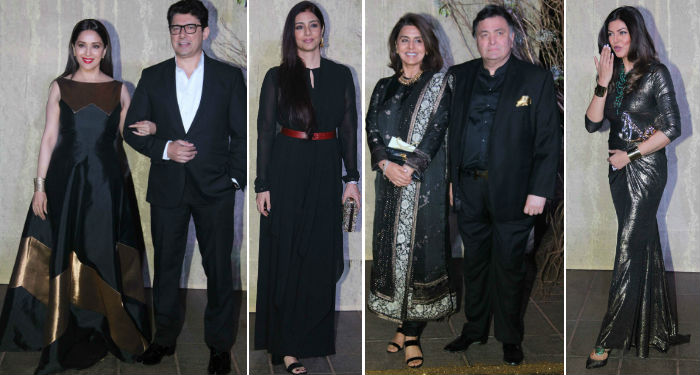 Big business was represented by Nita Ambani, glittering in a ballgown, with husband Mukesh. 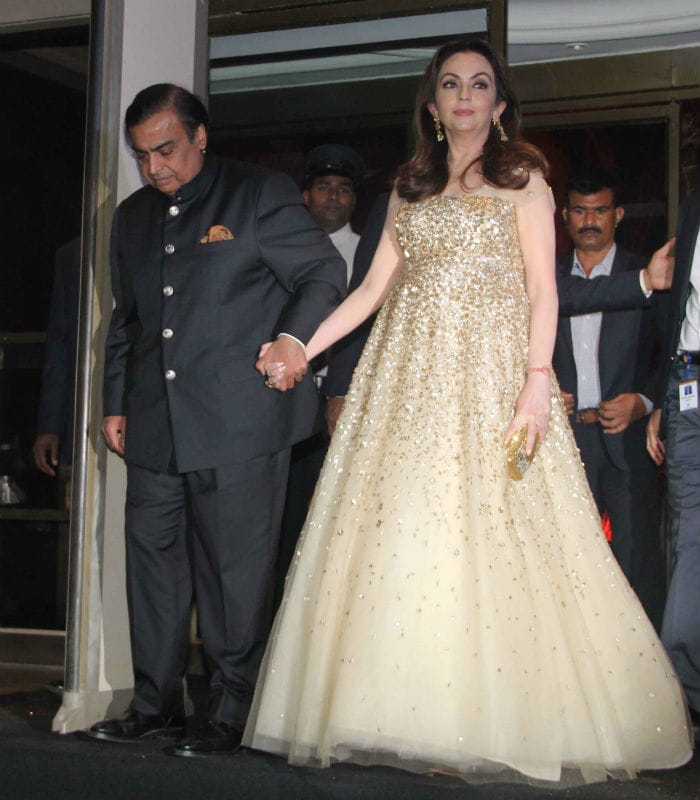