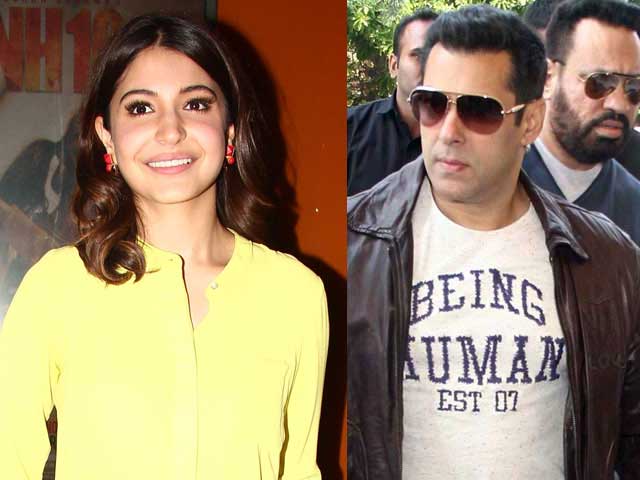 Anushka will next be seen in NH10

Salman recently said that he found Virat to be too metrosexual

Enterprising Anushka Sharma is a girl who has her pretty head neatly fixed on her slender shoulders. Sorted when it comes to her personal and professional life, she has managed to strike an enviable balance between the two. And as her boyfriend, cricketer Virat Kohli, along with the rest of the Men in Blue, is on a winning pitch in the ongoing World Cup, the actress is devoting herself to the promotion of her first production NH10.

Anushka, however, is reportedly not too impressed with muscular actor Salman Khan getting snarky about her beau by calling him 'too metrosexual'. Salman, on a recent trip to Dubai, is believed to have said that he found Virat Kohli too 'metrosexual,' and thought the cricketer focused too much on his looks and fashion.

Anushka, who is yet to work with Salman, neatly side-stepped a question about when she'd be starring opposite him. She began her career with Shah Rukh Khan, with who she gave two big hits in Rab Ne Bana Di Jodi and Jab Tak Hai Jaan, and starred with Aamir Khan in last year's biggest hit, PK. On being asked when would she be seen in a film with Salman, the pretty actress responded saying that she has three releases lined up this year - NH10, Bombay Velvet and Dil Dhadakne Do - and post that, she will go on board with Karan Johar's next with Ranbir Kapoor and Aishwarya Rai Bachchan.

The actress has her hands full and with an enviable filmi roster. Guess she can pick and choose who she wants to work with - Khan or no Khan.