Anushka Sharma: "I Follow My Heart, Don't Do Things To Break Stereotypes"

Anushka Sharma says her decision are not influenced by what others think. She said she 'follows her instincts'. 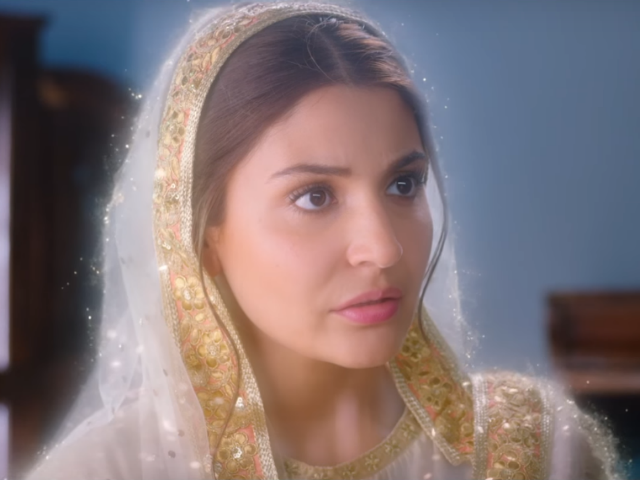 Anushka Sharma, who is looking forward to the release of her second home production Phillauri, told news agency PTI that her decisions are not influenced by what others think. She said that she has 'followed her instincts' and done what she felt was right. The 28-year-old actress told PTI: "When you don't come from industry the negative is that you get lost and you take time to get used to it (film industry) but the positive is you have no preconceived notions and you can go anywhere." The Jab Tak Hai Jaan actress made her production debut with 2015 movie NH10.
"I decided to be a producer at the age of 25 and everyone thought I was crazy. They thought when my acting career is going good why am I getting into production. As usually actresses become producers when they don't have anything to do (in acting) which I felt was bizarre and stupid," she said.
The Rab Ne Bana Di Jodi actress said she believes in making her own decisions. "I don't do things to break stereotypes but I just follow what my heart says. I don't get scared easily. If I want to do something and I feel it is correct I will do it. I don't think what others will say or think about my decision," Anushka told PTI.
The Sultan actress added: "I felt very accomplished. Of course, people notice you and all of that but I felt very awkward about it when that happened. I did not know how to react when people started recognising me. I was like what am I supposed to do? How am I supposed to behave? If you always wanted to be an actor you visualise people coming to you and taking autographs. But when you did not want to be an actor you get worried what am I supposed to do."
Anushka Sharma was last seen in Karan Johar's movie Ae Dil Hai Mushkil along with Ranbir Kapoor and Aishwarya Rai Bachchan. She will next be seen playing the lead role in her second production venture Phillauri. The film also stars Diljit Dosanjh and Suraj and is scheduled to release on March 24. Anushka Sharma is also shooting for Imtiaz Ali's The Ring along with Shah Rukh Khan.
(With PTI inputs)