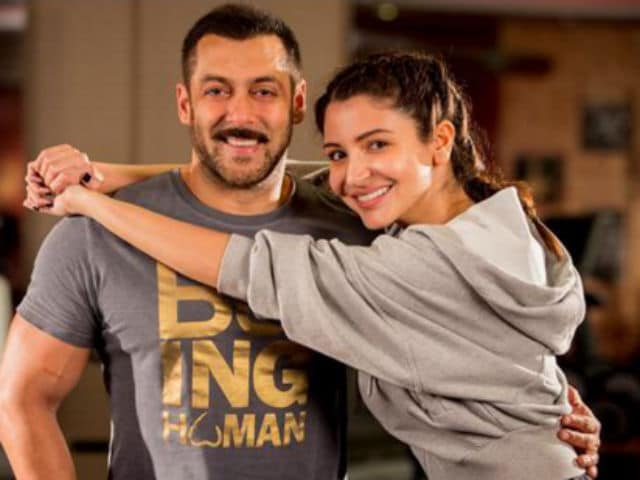 It isn't just Salman Khan who is spoiling for a fight as a Haryanvi wrestler in his upcoming film Sultan. His leading lady Anushka Sharma, who is putting her social media accounts to better use than reportedly former boyfriend Virat Kohli, seems ready to match Salman bicep for bicep in fresh pictures tweeted from her gruelling training schedule. (Also Read: Virat Kohli Posts 'Heartbroken' Pic Again. Anushka, Are You Seeing This?)
Her brow furrowed, the 27-year-old actress is the picture of concentration as she wrestles with her trainer.

As many will agree, there is 'no pain, no gain.'


No pain no gain so just train #Wrestling#Sultan#Trainingpic.twitter.com/AN2lwKnHHL

Salman, 50, who has already been training extensively in mixed martial arts and wrestling to prepare for his role, recently posted a picture of himself in which he is muddy and with a bleeding nose.

Anushka, meanwhile, is focusing firmly on her work and not the rumoured break-up with Virat Kohli who recently reposted a photo of himself that he had originally captioned 'Heartbroken.'


Feels like I committed a crime deleting this picture. Haha sorry guys Here it is again.

Anushka made her film debut in 2008's Rab Ne Bana Di Jodi opposite Shah Rukh Khan. This is the first time that she is sharing screen space with Salman and, having appeared with Aamir in PK, will have co-starred with all three Khans. She is also making Ae Dil Hai Mushkil with Ranbir Kapoor and Aishwarya Rai Bachchan.
Directed by Ali Abbas Zafar and produced by Yash Raj Films, Sultan opens on Eid 2016, the same time as Shah Rukh Khan's Raees.