Anushka Sharma on AIB Roast: There Are More Important Things to Deal With 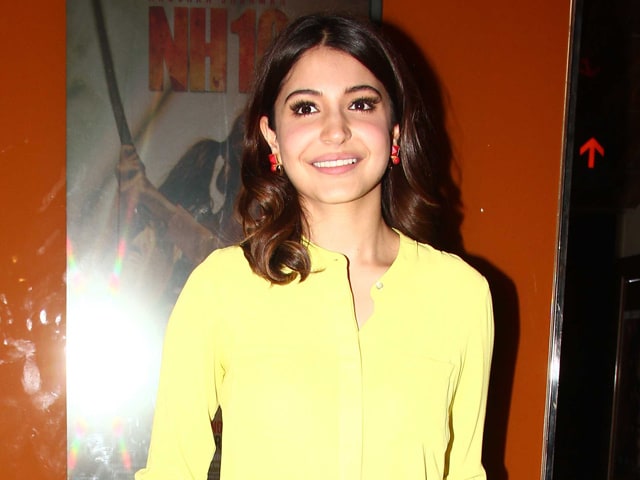 Anushka Sharma at the launch of the trailer of NH10.

Actress Anushka Sharma was clearly excited at the launch of the trailer of NH10, her first film as producer. But no doubt she was prepared for questions to be off the beaten highway as well. (Also Read: Why Anushka Sharma's NH10 May End up Six Feet Under)

It wasn't surprising that Anushka, who featured rather prominently in the AIB roast, was asked for her views on the recent controversy. Anushka, who clearly wasn't in the mood for any detours, said, "There are far more important things people can be dealing with and fighting for at this moment." (Also Read: AIB Roast? Bollywood Offers Plenty Else to Offend)

Jokes were made during the show about Anushka's supposed previous romance with roastee Ranveer Singh, and her current relationship with cricketer Virat Kohli. (First Look: Anushka Sharma's Tryst With Danger in NH 10)

And since even AIB wants everyone to start focusing on the cricket World Cup instead of them, that's exactly what happened. When asked if she had wishes for Team India, Anushka replied with a wink, "Do I want to wish Team India? Yes, I'll wish them. I have other ways to wish them."

When asked if she will be present to cheer Team India, she said, "No, because we would be promoting the film (NH10). So I'll be here. And if I go you'll see me there."

Yes, there were certainly plenty of detours from NH10 but we suspect that Anushka knows exactly where she's headed even if it's a whole new territory.

The trailer of NH10 was released in Mumbai on February 5. The film stars Anushka and Neil Bhoopalam and will release on March 6.