Anushka Sharma: "The ability to make a choice is a liberating factor, you cannot oversimplify things" 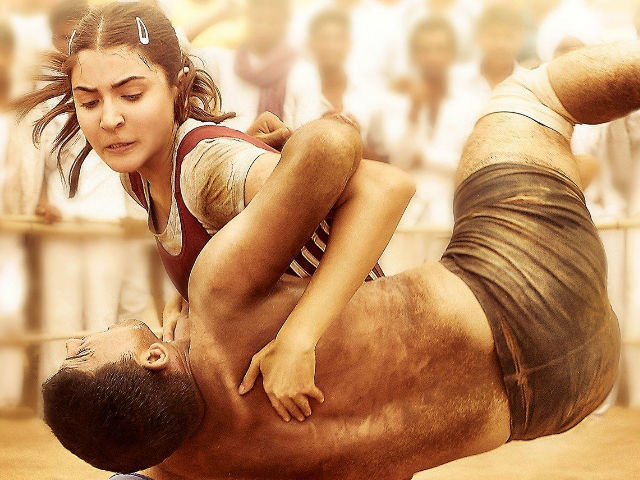 Actress Anushka Sharma spoke about her rise to stardom, dealing with failure, and the controversies over her last two films - Sultan and Ae Dil Hai Mushkil - to Shekhar Gupta in the latest edition of Off The Cuff in Mumbai. At 28, Anushka is counted among the top Bollywood actresses, owns a production company - which made a successful film NH10 and is prepping for a second, Phillauri - has worked with Bollywood's three ruling Khans and has been directed by Yash Chopra, Aditya Chopra and Karan Johar. It's not an easy feat to achieve. Anushka answered some easy and some difficult questions on stardom, career plans and celeb bashing.
Highlights from Off The Cuff with Anushka Sharma
The Sultan Controversy
Anushka Sharma played the role of wrestler Aarfa, who passes up an opportunity to participate in the Olympics when she learnt that she was pregnant. Movie-goers criticized Aarfa's choice in the film and Anushka's choice to play the character.
Anushka: "I don't agree with the criticism. The ability to make a choice is also a liberating thing. Are you telling me that there won't be a woman, a feminist, if caught in Aarfa's situation, not chose motherhood over career? The ability to make a choice is a liberating factor, you cannot oversimplify things. It's not like she quit. She returns to wrestling later. I stand by Aarfa's choice. Also, as an actor I play characters and they may not have the same views as me. So, what can I not play those roles?"
Ae Dil Hai Mushkil Controversy
The release of the film was impeded by protests over the casting of Pakistani actor Fawad Khan.
Anushka: "It was a different time when we shot Ae Dil Hai Mushkil, so it felt unfair. But it's a greater problem... I don't understand why films take a hit. What difference does it make? The industry and people here become soft targets."
Hollywood And Career
"I'm not working towards Hollywood. But if were to happen, it would be another project not a step-up, but it'll have to be a role. It has to be something like I do here. I give credit to Priyanka Chopra and Deepika Padukone for uprooting themselves and doing the work that they are."
As a producer, Anushka Sharma says she wants to create fresh and novel content. She also wants to give scope to new talent.
Bollywood Camps - Myth or Truth
"I don't belong to any camp. My career is testimony to that. I've worked with, Shah Rukh, Salman and Aamir Khan and newer actors like Ranveer Singh, Ranbir Kapoor and Shahid Kapoor"
Pay Disparity, Again
"Things changed right after I talked about it," she laughed. "I don't think I should be paid as much as Aamir and Shah Rukh Khan, I'm not stupid. But the disparity with contemporary male co-stars is what irks actresses." She added: "In the last two years a lot of female driven films have done well. It will change."
Coping With Popularity
"If you were dreaming all your life to become an action you condition yourself with fame, but for me it was a lot to take. I used to get frightened when people asked for selfies and autograph. I didn't know what should be my mannerisms. It was a torturous experience of my life."
Anushka also said that stardom has changed her but it's not about being able to eat gol gappas. "The experience makes you mature really early. I cannot connect to my college friends," she said. As an outsider, there's so much to learn. Anushka said: "I'm not as cocky as I used to be as a teenager."
Out of Sight, Out of Mind?
She was asked about the rules of Bollywood.
Anushka: "Band Baaja Baaraat was the turning point in my life. It's my third film but it got me the success I was hoping for. I was suddenly invited to all the parties and people wanted to talk to you. That's when I realized that good work is all that matters."
In addition to Phillauri, Anushka's film with Shah Rukh Khan and directed by Imtiaz Ali is also in post-production stage. It releases on August 11.