Anushka Sharma Suggests These Films be Made With All Female Cast

"Wrestling is not an action it is a sport. I hope it happens (more action films are offered to heroines). I think it will be cool to have a film like Charlie's Angels or Ghostbusters with all female cast. It will be fun and interesting," said Anushka 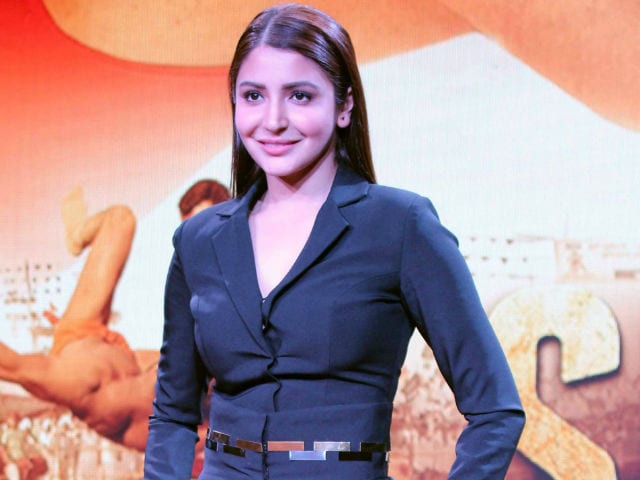 Actess Anushka Sharma feels it will be interesting if films on the lines of Charlie's Angels with actresses doing action sequences is made in Bollywood.
The NH 10 actress-producer, who plays the role of a wrestler in her upcoming film Sultan, said to have an all-female cast in an action project would be interesting.
"Wrestling is not action, it is a sport. I hope it happens (more action films are offered to heroines). I think it will be cool to have a film like Charlie's Angels or Ghostbusters with all female cast. It will be fun and interesting," Anushka told PTI.
The 28-year-old actress said she was initially not sure if she could pull off the character of a wrestler.
"We have a certain perception about the way wrestlers look. I had not seen much of wrestling. I thought I was working with a disadvantage. I am playing a female wrestler and there is novelty in that," she said.
"I researched and found out that there are different weight categories. I saw some international wrestlers who were tall and toned like me, so I was relieved," she added. v For her role of a wrestler from Haryana, Anushka had to undergo professional training in the sport and learn local language.
"While I was training, I was finding it little awkward as while wrestling your head is under someone's armpit or around waist. I was like how can I do it. I was a bit hesitant. When I saw myself, I realized I was not doing it properly. I think if you want to do something then you should go all out completely and be fearless," she said.
Directed by Ali Abbas Zafar and produced by Yash Raj Films, Sultan, starring Salman Khan in the lead role, releases this Eid.
(Except for the headline, this story has not been edited by NDTV staff and is published from a syndicated feed.)