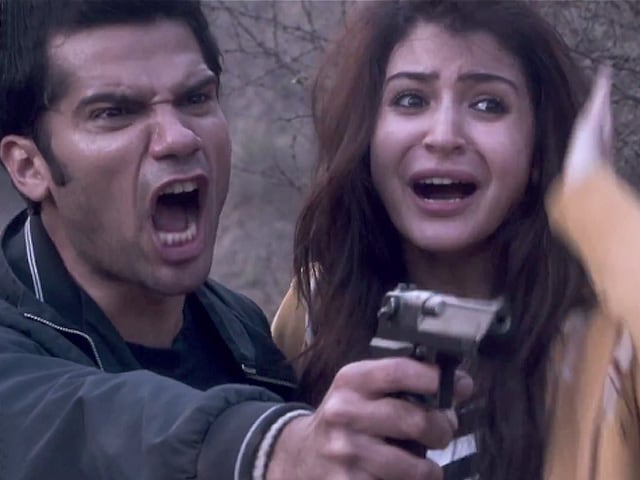 A still from NH10

Actress Anushka Sharma's new film NH10 may have found little favour with the Censor Board which first refused certification and then passed it with nine edits, but her Bollywood colleagues have nothing but high praise for both the film and Anushka's performance.

From edge of the seat to exceptionally compelling...this ride makes you invest in every moment! @AnushkaSharma is beyond brilliant! #NH10

Actor Riteish Deshmukh required more space than that provided by a single tweet:

#NH10 is an absolute edge of the seat thriller- @AnushkaSharma is the new angry young woman in town- brilliance personified. Take a bow.

Superb debut as a producer @AnushkaSharma - @krishikalulla & @FuhSePhantom - another film to be proud of.

Watched NH10 last night.. Had me and the end of my seat the entire while.. Such a well made film by Navdeep Singh.. New,dark and excitinggg

NH10 is gripping! Kudos to @AnushkaSharma for her career best performance! Navdeep Singh take a bow!

My nails r bitten to oblivion, &I've fallen off my seat! Whoaaa @AnushkaSharma#NavdeepSingh@DarshanKumaar@neilbhoopalam#BRILLIANT#NH10

NH10, which has opened to great reviews, is doubly special for Anushka who also produces as well as stars in the film.

NDTV's Saibal Chatterjee wrote in his review: "The focus of NH10 is primarily on the harried figure that is fleshed out by co-producer and lead actress Anushka Sharma. She bears the burden rather well, conveying a range of moods as she moves from the vulnerable to the fearless in a battle in which the odds are stacked heavily against her." (Movie Review: NH10)

The events of NH10 take place on a road trip taken by the characters played by Anushka and Neil and which turns deadly after an encounter with a group of violent criminals lead by Darshan.