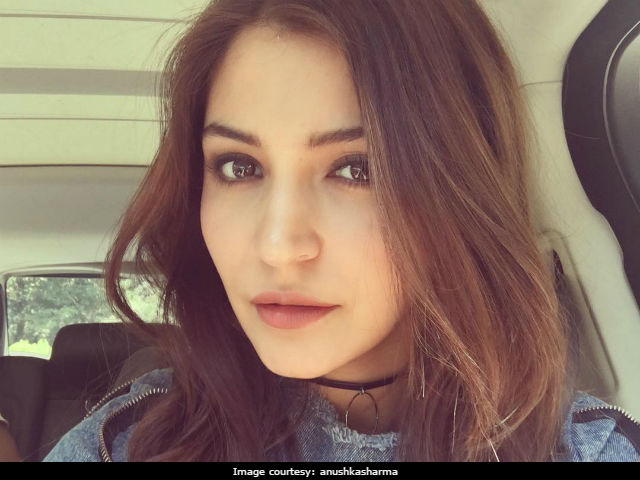 "I will always hope that people let me be," said Anushka (courtesy: anushkasharma)

Actress Anushka Sharma, one-half of a high profile and closely watched celebrity romance, told news agency that she 'values privacy.' The 28-year-old star is dating cricketer Virat Kohli and is far less publicly demonstrative than he is - his Instagram posts addressed to her on Valentine's Day and Women's Day went unanswered. Anushka told IANS in an e-mail interview, "I value privacy, so I will always hope that people let me be when it comes to my personal space." She also said that the dealing with the interest in her private life is tough but ultimately a small price to pay for the the affection she receives from her fans. "Scrutiny might not be easy, but it's a minor aspect of a much more gratifying experience in the long run," Anushka Sharma told IANS.
Anushka maintained a resolute silence through her alleged (and brief) break-up with Virat last year and the multiple occasions she was trolled for his performance on the pitch. Again, it was Virat who addressed the trolls in a strongly-worded post that was declared 2016's 'Golden Tweet.' The only time that Anushka Sharma has really spoken about Virat Kohli in the last year was when she rubbished rumours that he was funding her new film Phillauri, posting this tweet:

Several celebrities have recently revealed personal stories of depression, sexual harassment and more. Of her colleagues speaking up about personal issues, Anushka told IANS, "I think it's a personal decision that each celebrity takes individually."
Anushka Sharma both stars in and produces Phillauri, releasing this Friday. It is her second film as a producer after the acclaimed NH10 and she plays Shashi, a ghost who becomes the unwitting bride of a young man played by actor Suraj Sharma. Diljit Dosanjh co-stars as the musician who was Shashi's love interest when she was alive.
Anushka Sharma, last seen opposite Ranbir Kapoor in Ae Dil Hai Mushkil, is also making a film with Shah Rukh Khan and director Imtiaz Ali.
(With inputs from IANS)