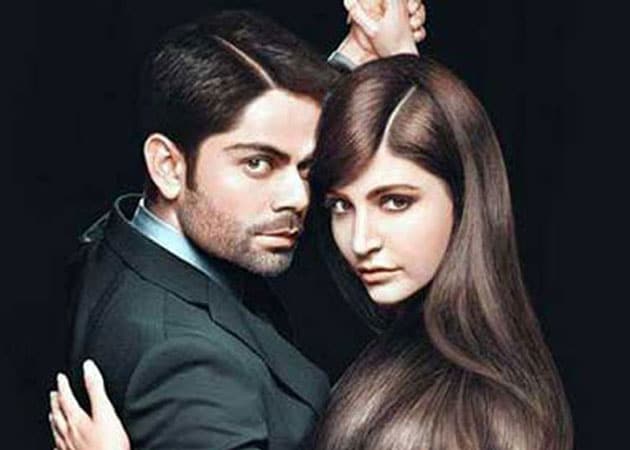 Anushka and Virat have been discreet about their reported romance

Bombay Velvet, starring Ranbir Kapoor and Anushka Sharma, seems to be making more news for the lead pair's real-life relationships than their onscreen chemistry. So while Katrina Kaif has flown to Sri Lanka to catch up with beau Ranbir at every given opportunity, it's now Virat Kohli's turn to spend some quality time with rumoured girlfriend, Anushka Sharma.
After returning from Bangladesh, the cricketer apparently flew down to Sri Lanka last week in order to meet Anushka. A source says that Virat joined Anushka in Sri Lanka where the latter has been shooting for her film over the past few weeks. "He came in for a few days and they would hang out together during her free time. They were also put up in the same hotel, but they were a lot more discreet this time around. They made sure that they weren't get clicked together, so not many crew members knew about this," adds the source.
The cricketer apparently had some time on hand before the start of the next series, and he wanted to make the most of it. Another source confirms that he returned to Mumbai from Sri Lanka on Thursday morning in time to join the Indian team for the ICC World T20 Championship. Virat also posted on a social networking site: "Well rested. Time to get back to the grind now!"
A month ago, Anushka had flown to New Zealand where Virat was touring with the Indian cricket team. This time, Virat travelled all the way to Sri Lanka for his ladylove.
Anushka's spokesperson remained unavailable for comment.