"I was wearing such heavy clothes that everyone felt sorry for me. 17 kilos was the lehenga and then there was the jewellery. Everything put together, I was carrying 20 kilos at all time," says Anushka Sharma 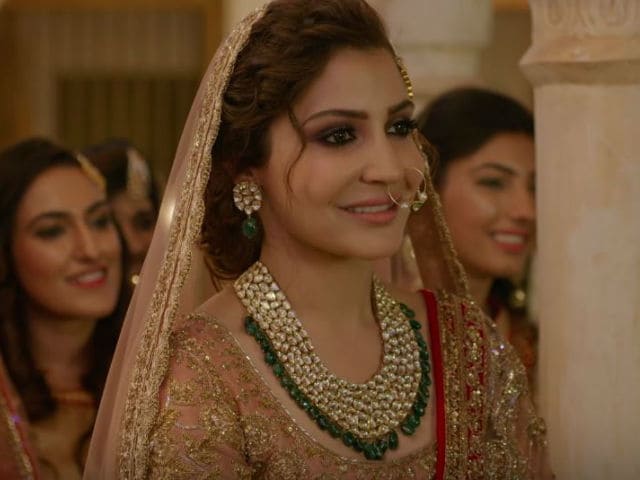 Actress Anushka Sharma wore a 17 kilo lehenga while filming Ae Dil Hai Mushkil's latest song Channa Mereya. She looked gorgeous, yes, but here's what the 28-year-old actress has to say about the sequence.
"I was wearing such heavy clothes that everyone felt sorry for me. 17 kilos was the lehenga and then there was the jewellery. Everything put together, I was carrying 20 kilos at all time. All I could do was walk on my toes and my calves were getting like worked-out. It was very difficult. I had to climb these stairs again and again and it was so hot," said Anushka.
Not as pretty as you think, right?

The song was picturized during Alizeh's (played by Anushka) wedding. "I was looking like a beautiful bride but I wasn't feeling like one," Anushka added.

Ayan (played by Ranbir Kapoor) sings Channa Mereya at Alizeh's wedding and she realises a little too late that Ayan is actually in love with her. After the evocative lyrics, the end line of the song - "Ek tarfa pyaar ki takat hi kuch aur hoti hai..." - suggests that Ayan deals with a broken heart as Alizeh is about to get married.

The song composed by Pritam, is sung by Arijit Singh and written by Amitabh Bhattacharya.
Ae Dil Hai Mushkil, directed by Karan Johar, also stars Aishwarya Rai Bachchan and Fawad Khan while Lisa Haydon and Shah Rukh Khan have cameos in the film.
Ae Dil Hai Mushkil will release on Diwali when it will clash with Ajay Devgn's Shivaay.