The augmented reality mobile game has got Anushka Sharma hooked and her excitement about learning the game is infectious. She Instagrammed two videos of herself playing Pokemon on Monday. 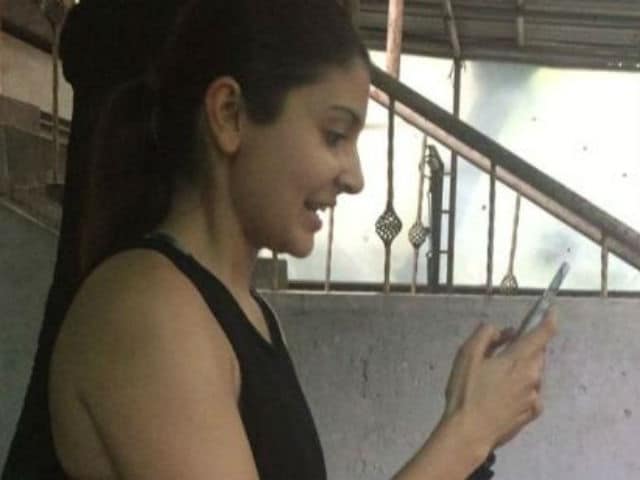 A still from the video posted by anushkasharma

Actress Anushka Sharma is the latest to get addicted to the agony and the ecstasy of Pokemon Go.
The augmented reality mobile game has got her hooked and her excitement about learning to play Pokemon is infectious. Watch for yourself in these two videos which she Instagrammed on Monday.


Hooked But guys PLEASE be careful while playing !! #PokemonGo

The 28-year-old actress also mindfully cautioned her followers to be careful while playing Pokemon Go.

Pokemon Go mania is certainly catching up with Bollywood. About a week ago, Shah Rukh Khan had tweeted this funny video about him catching a Pikachu.

Amitabh Bachchan, however, declared himself foxed.

In the west, celebrities like Justin Bieber, John Mayor, Demi Lovato, Wiz Khalifa are huge fans of the game.
Dwayne Johnson has gone one better - there is now a new 'uncatchable' PokeRock based on him.


Warning to all your Pokeman Go players out there. POKEROCK HAS ARRIVED! He's rare, uncatchable, bad ass and talks shit. LINK IN MY BIO for the full anime vid and documented sighting of the elusive and friendly #PokeRock. Special thanks to @MatPatGT and @Alia for attempting to catch him and above all joining me to have some FUN. And how bout our new dope and funny as hell PokeRock theme song? Need to thank the ORIGINAL voice of the Pokemon theme song himself, @JasonPaige for that! Have fun out there everyone and good luck catchin' them ALL! Except PokeRock of course because he will f*ck your day up and call you an a**hole! #PokeRock #SevenBucksDigitalStudios