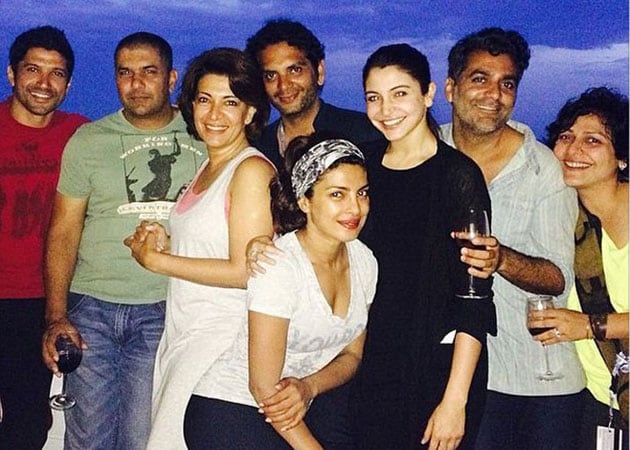 Bollywood actress Anushka Sharma's briefly over-pouty lips now seem to have subsided to their normal size. In this picture of Anushka with the cast and crew of Dil Dhadakne Do, currently shooting on-board a cruise liner, the actress' smile shows no visible evidence of the temporary lip job that she admitted to having had four months ago. (Also Read: Anushka Sharma's lip service: she blames "lip-enhancing tool" )
Anushka's plumped up lips and odd shaped mouth first became the focus of attention in February this year after she featured on an episode on Koffee With Karan. The actress later said she had used a lip-enhancing tool, denied having had surgery and said it was for a role. 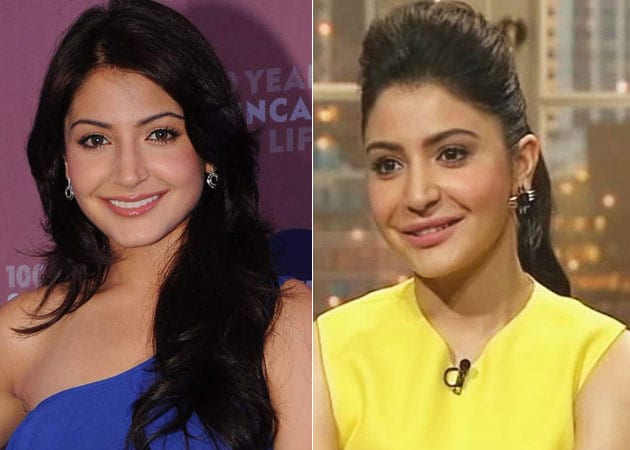 "It was done for the sake of my look in my upcoming film Bombay Velvet, a period drama where I play a jazz singer in the 1960s - 70s," she said then on Twitter.
Anushka reportedly features in a double role in Anurrag Kashyap's Bombay Velvet where she plays an ordinary girl and a glamorous singer. The film also stars Ranbir Kapoor and releases in November this year. Dil Dhadakne Do, directed by Zoya Akhtar and prodced by her brother Farhan, co-stars Priyanka Chopra and Ranveer Singh.
Watch