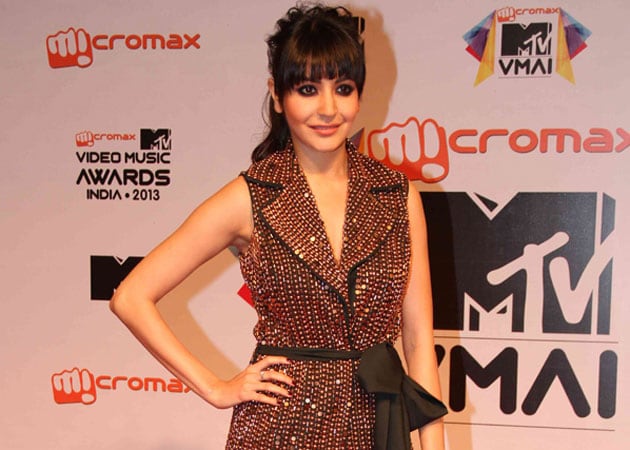 While near future holds a deluge of Anushka films, chances are her producing credits will come at a cost

From being the hottest young star on the Bollywood boulevard to struggling to stay in the news, Anushka Sharma's is striving to stay relevant in an industry undergoing rampant changes and expansion. Amid headlines related to her reported romance with cricketer Virat Kohli and rumoured enmity with Priyanka Chopra, Anushka's NH10 - which she produces as well as stars in - is having trouble see light of day. (Also See: Ranbir's Bombay Velvet release postponed)
NH10, co-starring little known actor Neil Bhoopalam, was scheduled to release this September but has now been postponed to next year. However, Anushka's calendar is already blocked for publicity duty for three films - PKwhich releases this December, and Bombay Velvet and Dil Dhadakne Do which are out next year. In the crowd of films that Anushka is starring in, there seems to be little room for NH10's release or at least a decent promotional run.
NH10 has already made news of the unhappier sort with Anushka dropping actor Rajkummar Rao in favour of Neil, only for Rajkummar to become hot property with a National Award for Shahid and a starring role in hit film Queen. In between, Anushka has also had to come clean about a temporary lip job after her enlarged pout on Koffee With Karan was commented on widely.
Anushka wasn't always this beleaguered. The actress debuted with a much-praised performance in Rab Ne Bana Di Jodi opposite Shah Rukh Khan in 2008, followed up with equally nice performances in Badmaash Company and the superhit Band Baaja Baaraat over the next two years. Then she started dating Band Baaja Baaraat co-star Ranveer Singh and once again teamed up with him in 2011's Ladies vs Ricky Bahl before reportedly moving on to a star of the cricket pitch.
And that was her last superhit. Anushka struggled to deliver noteworthy performances in films like Patiala House and Jab Tak Hai Jaan and her Vishal Bhardwaj adventure, Matru Ki Bijli Ka Mandola, gave her audiences such a shock that it's box-office collections suffered a short circuit.
For almost two years, she has been only busy shooting and has had no new releases. But while near future holds a deluge of Anushka films, chances are her producing credits will come at a cost.
Watch the video: