Anushka Sharma's Phillauri Trailer Is 'Sweet' And 'Fresh': Verdict From Shah Rukh Khan And Other Stars 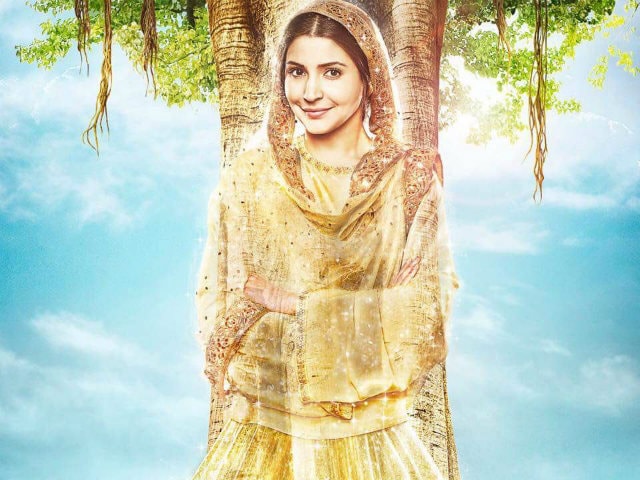 The trailer of Anushka Sharma's Phillauri is getting a whole lot of love on the internet, especially Twitter. The 28-year-old actress unveiled the much-awaited trailer of Phillauri on Monday. It has already been viewed over 4.8 million times on YouTube, and been trending on Twitter since its release. Twitter described Phillauri trailer with words like 'interesting', 'superb' and 'stunning' while Anushka Sharma's look as a ghost bride has been hailed as 'refreshing.' Anushka's colleagues like Shah Rukh Khan, Ranveer Singh, Karan Johar and Farhan Akhtar are also of the same view and they love it. "Awesome! Lovely trailer! So Fresh," wrote Ranveer with whom Anushka starred in three films - Band Baaja Baaraat, Ladies vs Ricky Bahl and Dil Dhadakne Do.
Shah Rukh, with whom Anushka's maiden Bollywood film Rab Ne Bana Di Jodi is, tweeted:

This is what Ranveer tweeted:

"I love this trailer!!! It tells a story that you want to know all about," said Karan, who directed Anushka in 2016's Ae Dil Hai Mushkil. Meanwhile, Farhan tweeted: "This looks absolutely delightful."


I LOVE this trailer!!! it tells a story that you want to know all about! #Phillaurihttps://t.co/ZIVyIQ6P41@AnushkaSharma@diljitdosanjh


This looks great and is so inspiring! @AnushkaSharmahttps://t.co/WA8Rnix8Bc

Considering I'm obsessed with ghosts and keep writing about people marrying trees-this is right up my alley-love the trailer @AnushkaSharmahttps://t.co/b9HXrUFURF

However, the general verdict on Twitter is that netizens cannot wait to watch the movie, which also stars singer-actor Diljit Dosanjh and Suraj Sharma in key roles. "Can't wait to watch the drama unfold. Loved the trailer," read a tweet on Tuesday.

Tweets also poured in for Anushka's co-stars - Diljit and Suraj.


Suraj Sharma in #Phillauri is Extraordinary. Damn man, you are tooooo good.

Allah bless you Diljit bhai. Loved the trailer. You're sure going to Rock. #Phillauri@diljitdosanjh

Phillauri is Anushka's second venture as a producer, after her 2015 crime drama NH10. Phillauri tracks the story of a boy, who is accidentally married to a ghost played by Anushka. Diljit features as an aspiring musician from Punjab in the snippets of the ghost bride's past. Phillauri also stars actress Mehreen Pirzada as the fiance of Suraj Sharma's character.
Video: Watch the trailer of Anushka Sharma's Phillauri here: