Did you see actress Aparna Sen in Konkona Sen Sharma's A Death In The Gunj? Confused? Well, Ms Sen was a part of her daughter's directorial debut. We couldn't see her, but only hear her 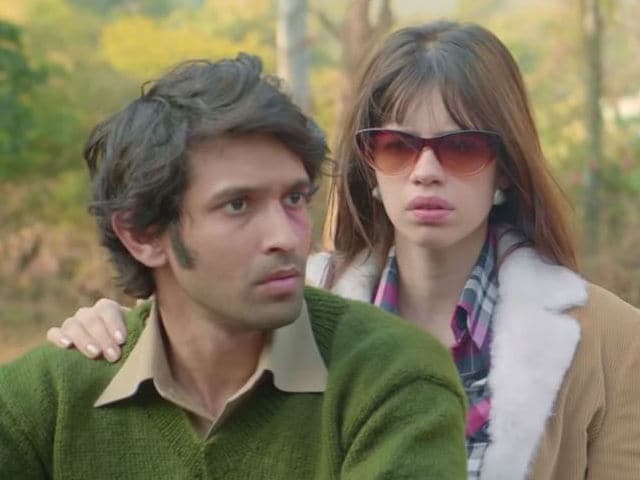 Vikrant Massey and Kalki Koechlin in A Death In The Gunj

Did you see actress Aparna Sen in Konkona Sen Sharma's A Death In The Gunj? Confused? Well, Ms Sen was a part of her daughter's directorial debut. We couldn't see her, but only hear her. She plays Vikrant Massey's (Shutu) mother. Aparna Sen was heard when Shutu makes a call to her mother and when his aunt reads out her letter. "Of course that's my voice for Shutu's mother. But there is so much more to the film. I myself loved the film, and not because it's made by my daughter," she told news agency IANS. Konkona had earlier revealed that A Death In The Gunj is based on her memories of visiting McCluckskiegunj (now in Jharkhand, India) with her father. The film, which released in India last week, has been critically-acclaimed.
Aparna Sen revealed to IANS that she did not feature in her own directorial debut too. She had dubbed for Debashree Roy in 36 Chowringhee Lane. "Both Konkona's protagonist and mine in 36 Chowringhee Lane are lonely individuals. However, Violet (Jennifer Kapoor) in my film has more-or-less accepted her state of loneliness. Shutu is much more vulnerable," she said.
Of her daughter's debut film, Ms Sen said, "Violet accepts her exploitation with much more grace whereas Shutu reacts violently to his condition of desolation. Their destinies are different because Konkona and I are very dissimilar as directors."
"It was difficult. The hard thing for me was to recreate the world in 1979. That too, it's not a place like any other city in 1979, this is a place that's isolated, so to recreate that whole era was a challenge," Konkona said about the film.
A Death In The Gunj was earlier screened at Toronto Film Festival and Busan Film Festival and received positive response everywhere.
(With IANS inputs)