Salman Khan, Anushka Sharma on the sets of India's Got Talent.

"Salman and his leading lady, Anushka Sharma, were supposed to visit various cities to promote the film. However, with the controversy attracting unsolicited attention, the makers want to skip a few city tours and limit Salman's appearances," revealed a source

Salman Khan ignited public outrage last week after he reportedly said that gruelling training sessions for his Eid release, Sultan, made him feel "like a raped woman". He is yet to apologise for the controversial remark - the National Commission of Women, which demanded an apology from the star, has now pointed out that a response from Khan's lawyer isn't satisfactory. As the issue snowballs, the makers of Sultan have apparently decided to go slow with promotional activities and minimise Salman's interaction with the media. 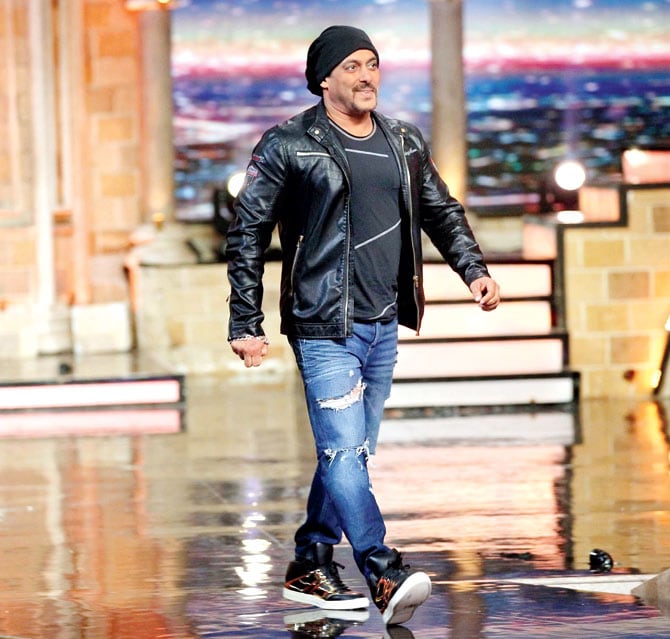 A source says, "Salman and his leading lady, Anushka Sharma, were supposed to visit various cities to promote the film. However, with the controversy attracting unsolicited attention, the makers want to skip a few city tours and limit Salman's appearances at promotional events so that he doesn't have to face awkward questions from the media."
The lead pair of Sultan is likely to fly to Delhi shortly to spread word about the wrestling drama. The film's spokesperson claims: "We have been shooting for reality shows, which was always part of the schedule, and that is what team Sultan is busy with. Nothing has changed."
Our source, however, insists that while the actors are indeed visiting the sets of a few popular TV shows, they are not going overboard with the promotions. "The film's marketing team is carefully planning Salman's appearances and events so that he is not hounded for a reaction to his recent comment on any platform," adds the source.
Meanwhile, Salman has requested his family not to make any comments on the controversy, we hear. Soon after all hell broke loose over his remark, his father, Salim Khan had apologised on his behalf on Twitter, while his younger brother, actor-producer Arbaaz Khan also claimed that he didn't mean it. There were also reports that his rumoured girlfriend Iulia Vantur reprimanded him and asked him to be more careful in future.
"Now, the actor has asked everyone in his family to refrain from talking about it. He does not want the issue to take focus away from the film," reveals an insider.