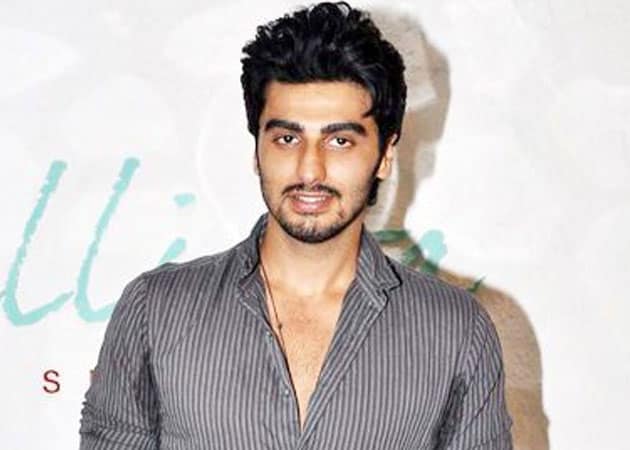 Young actor Arjun Kapoor has been named the national ambassador of the Earth Hour to be observed on March 29. He is glad that he can influence young minds and bring about positive change.

Young actor Arjun Kapoor has been named the national ambassador of the Earth Hour to be observed on March 29. He is glad that he can influence young minds and bring about positive change.
"Being a youth icon and influencing people is always good. But this (the Earth Hour) is something important because I can create an impression on people's minds and that can bring a change in our country," the 28-year-old said at an event for Earth Hour.
Under the Earth Hour initiative, citizens are asked to switch off all electricity for an hour. This year, it will be observed on Saturday (March 29) from 8.30 pm to 9.30 pm.
"If someone gets influenced by a pledge I take, then these are the things I want to do. So I am really grateful to be given this opportunity," Arjun added.
Arjun, who will soon be seen in 2 States, also does his part in keeping the environment green.
He says that he, along with his sister Anshula are fond of planting tress and plants - something that their late mother Mona had taught them when they were young.
"I plant as many trees and plants as possible. It is something my mother was very fond of doing and even my sister. My sister started this in school and we have continued it. Greenery is vanishing by leaps and bounds, and that's something I have been intrigued by since childhood. I would like to have a garden, but in Mumbai it's impossible to have one. So we have a garden on the terrace," Arjun said.